THE Ritz Hotel in Paris was being hoovered less than an hour before Princess Diana died, according to dramatic video footage.

Security cameras at the luxury hotel recorded a 51 year-old Algerian woman running a hoover over the first floor landing as the Princess and Dodi Al Fayed were about to embark on their fateful car journey.

The hoovering footage, shown to the Diana inquest jury in London, will fuel speculation that there was a conspiracy to murder the Princess and raise important new questions about why the Ritz management was so deeply concerned about the state of the first floor carpets.

Bill McKay, a security analyst, said: "If you look closely you can clearly see a back and forth sweeping motion.

"I think that's an Electrolux, and if it is then that's the clearest evidence so far of a conspiracy.

"Configured correctly an upright Electrolux emits a low, almost inaudible vibration which will explode the brakes of any Mercedes S-Class parked within a five hundred yard radius."

The historic images also show paparazzi waiting outside the Ritz, Diana and Dodi enjoying some of the hotel's most luxurious lifts and a trio of MI6 agents pinning chauffeur Henri Paul to the ground and pumping him full of brandy and paracetamol.

Later footage shows Sir Patrick Dempsey, the deputy head of MI6, performing a comedy tapdance in the lobby in a bid to distract guests while a six-foot long Car Crash Causing Machine is smuggled out the front door under a blanket. 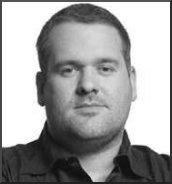 GETTING up at some horrible time of the day to do the show is rubbish, especially when you’ve been out on the pop all night. Last night was no exception – blimey, if I had a quid for every pint I drank, I’d be even richer than the rich man I already am (thanks licence payers!). It was a pretty heavy session – I was hanging out with a few pals of mine, you know, Pete Doherty – lovely bloke, Kate Moss – top lass, and some hangers on from Big Brother.

Speaking of whom, where do these famous-for-15 minutes nobodies get off thinking they can simply turn up and hang out with proper legends like myself, Noel G, Chris Martin and that bird who’s in Holloyoaks with the big tits whose name I can never remember? I’m sick of the whole reality TV / celeb thing, which is why I’ve introduced a rule whereby we only spend 75% of the show talking about it – otherwise there’s a real danger that it’ll become really boring.

I was taking my daily constitutional the other day, when I bumped into some pals of mine – you might know them, they’re called The Arctic Monkeys. Anyway, they asked me if I wanted to go to the pub, to which I said ‘ look, I’ve just popped out for a loaf of bread’, but me being a bit of an alky, I couldn’t resist. Talk about big mistake – one-and-a-quarter hours later and I was still in the boozer, drinking lager and having a whale of a time with my pals The Arctic Monkeys. Just as I was about to take my leave from this marathon session, in walks me old mucker, Liam (Gallagher), who swaggers up to me and says 'alright lardy, mine's a fuckin' pint'. If this wasn’t bad enough, my attention was drawn by someone giving me a playful crack on the head. 'Ow!' I said, as I turned round – would you believe it, it was James Last and his Orchestra, who were all in for a pint after a morning of rehearsals. I really love James’ music, I think it’s dead cool – in a really ironic way, of course. I had him on the show once with Bobby Davro, and Brucie. It was dead cheesy and funny – but sort of clever in a conceited way.

Today’s show was brilliant – we had a couple of top guests on in the shape of The Chuckle Brothers, who were dead good in a kind of  – ‘you two are crap, and I’m going to take this piss out of you because you’re an easy target’ – sort of way. Tomorrow’s guest should be even easier to lampoon – I’ve managed to contact the rubbish bloke from Three of A Kind, David Copperfield, and he’s agreed to come in and have a chat. Little does he know what myself and Comedy Dave have got in store for him ! I must admit that sometimes it may seem a little harsh to take the mick out of people like him, but from my point of view it’s a no-brainer: Get Gordon Brown on the show – that’s not funny; get Johnny Wilkinson on the show – that’s not funny, get the Mighty Boosh on the show – that’s not funny. Get a washed-up eighties celeb on the show. Now that’s funny.

Popped into my local tonight for a quick drink, and a play on the quiz machine. Bad move. Question came up on the screen – ‘Who Directed The 1972 Hit Movie, The French Connection ?’, and I was just about to press ‘A’ , ‘Robert Zemeckis ‘, when a hand comes through the crook of my arm and presses ‘C’ ‘William Friedkin’ – good job it was correct ! I turned around to thank whoever it was, and to my surprise it was my old mucker and Hollywood legend, Gene Hackman – how ironic was that !? So we pulled up a couple of chairs and had a chat. I told him we had David Copperfield in as a guest that morning, which he loved “ Not that crackerass – he always was, and always will be a goddamn sonofabitch. “, he chuckled to himself as he drained the remnants from his bottle of Appletise.

Just at that moment, Gene gets a call on his mobile. After he takes the call, he says to me “Hey, fatass – you wanna come and have a curry – all your buddies will be there: The Kaiser Chiefs, Mika, Barry Davies, Amy Winehouse, Jimmy Carr, Peter Fonda, Jim Morrison, ‘H’ from Steps, Catherine Deneuve, Brian Cant, Louis Armstrong, the guy from The Magnificent Seven who no-one can remember, Jeremy Thorpe, Rip Torn, Fred Housego, Ian Woosnam, Nancy Spungen." I paused for thought – ‘is Denis Hopper going to be there ?’, Gene leant over and barked in my ear  "That asshole – screw him!". So I drank my pint down and followed Gene to the Star of Bengal. It was gonna be a mental one!