TAYLOR Swift has been arrested by Roman soldiers after one of her 59.2 million Twitter followers betrayed her location.

Swift, who was praying in a garden after the defeat of Apple, was taken into custody by legionaries after the authorities became afraid of her growing influence.

A witness said: “Taylor and her teachings of inoffensive feminism, fairer streaming royalties and shaking off haters have proven alarmingly popular.

“Since she first strode from the forgotten wastelands of country music, with claims to miracles including identifying trouble by gait alone and healing bullet wounds with Band-Aids, the men in power decided something must be done.

“We were tipped off to where she was by @FOLLOW+ME+TAYLOR, previously known as @MARRY*ME*HARRY.”

Swift will face trial by the prefecture and the Council of Country Elders, represented by Whispering Bob Harris, before being sentenced to crucifixion in front of a crowd of 65,000 in London’s Hyde Park.

Immediately following the event, Ed Sheeran will deny knowing her three times before the cock crows.

Estate agents to let buyers fight to the death 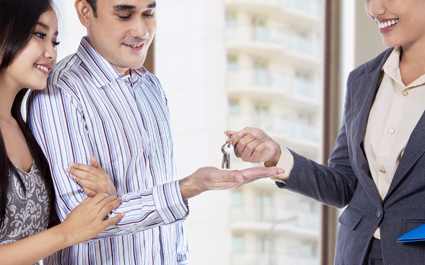 POTENTIAL homebuyers are being invited to murder their rivals, it has emerged.

Estate agents believe that housing demand has outstripped supply to the extent that they can just lock them all in the living room and see who makes it out.

Agent Julian Cook said: “We already enjoyed getting a number of people to view a house simultaneously because it is fun to play them off against each other.

“After the viewing we were doing sealed bids but it’s more fun to go ‘you want it and you want it, there’s a loaded gun hidden near the fireplace, may the most murderous pleasant couple win’.”

Prospective buyer Nikki Hollis said: “We loved this maisonette in Dollis Hill so we were worried that there were two other couples looking round at the same time.

“Then the agent said it was fine to kill them. I was okay with that but I didn’t want the carpet getting stained so I decided to go with strangulation instead of firearms, much to my partner’s frustration.”

Hollis’s partner Wayne Hayes said: “I said we should just get that gun and shoot them, not worry about the carpet. As it happened the gun jammed and it all ended with me smashing the flatscreen over some guy from Redditch’s head.

“Annoyingly my partner has since gone off that house.”