England Expects Scotland To Put Out

ENGLAND has now spent so much money on Scotland that it is expecting some 'fairly spectacular sex', it was claimed last night.

Despite recent gifts including free school meals and free prescriptions, Scotland has failed to express her gratitude in a physical way.

England said last night: "My friends were always telling me that Scotland was a really beautiful country and that I was lucky just to be able to sit next to her.

"I didn't mind the little things like her own football team, her own BBC or even the odd parliament here and there. But now it's starting to cost me serious wedge and, at the end of the day, I've got needs.

"Just last week she was saying she doesn't want Trident. We'll she's getting Trident – she's getting lots of Trident or she can fuck right off."

England said the relationship had been difficult for about 800 years but there was always the expectation of a 'big sexual payday'.

"A couple of years ago I turned up with an engraved, 18-carat free personal care for the elderly. It was a lovely thing and I reckoned I might at least get some tongue and a quick rub in the groinal regions.

"Instead she stood there like I owed it to her and asked for a 75% increase in health and education spending. It's not like she's got a fucking job."

England added: "Now that I've coughed up for the school meals and the prescriptions I think it's only reasonable to expect a commitment to some fairly serious below-the-belt time. And maybe even the Big Slipper."

Mona Lisa Was Eating A Sausage 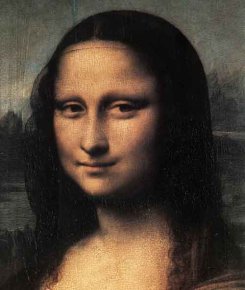 LEONARDO da Vinci’s Mona Lisa was eating a sausage, a new digital scan of the famous painting has revealed.

The 240-megapixel image strips away later layers of paint to show the artist originally depicted his model enjoying a mixed grill including a Lincolnshire, a pork with leek, and a chipolata, with some fried mushrooms and large grilled tomato on the side.

Da Vinci changed his mind twice about the position of the sausages on the plate and at one point even replaced the Lincolnshire with a Cumberland before returning to his original sausage combination.

Bill McKay, head of art history at the University of Dundee, said the latest scan gave a fascinating insight into Da Vinci’s painting methods and solved one of the great mysteries of the art world.

He said: “Preliminary sketches by the artist show the Mona Lisa variously with a pork chop, an escalope, and even a piece of rolled loin before Leonardo finally settled on the processed pork products which are normally associated with his more mature work.

“But in the final version there was apparently no meat at all, not even a bit of beef mince. Now we see the sausages were there all along, and that the Mona Lisa’s famous look is not some weird, enigmatic smile but the contented chew of a young lady enjoying some premium pork.”

The same digital technique has also been used to reveal new insights into many other famous artistic images.

For example, the soldiers of the 93rd Highland Regiment depicted in the Thin Red Line were originally painted with underpants beneath their kilts, but these were later removed and a finely detailed scrotum added to each man, even though they can only be seen if someone lies on the gallery floor and looks up.