Experts claim the ambiguous meats provided by takeaways with the words ‘mega’ or ‘chick’ in their name will be the UK’s only source of protein by 2019.

Professor Henry Brubaker, of the Institute for Studies, said: “Organic meat and pleasantly-packaged artisan cheese will become increasingly difficult to produce as more land is used for cretins.

“This means chicken outlets, whose meat-equivalent matter is produced using methods far, far removed from nature, will be the nation’s only dinner time option. Even Kevin McCloud and bead-wearing women will have to feed their families from a bucket topped up with beans.

“And not even Heinz beans. Cheap ones that come in a massive white tin with the Russian word for ‘beans’ stamped on it.”

The precise origin of mega-tasteybite chicken substance remains a closely-guarded secret, though Professor Brubaker believes there is a warehouse near Wolverhampton containing a single giant blob of matter, summoned to this dimension by witches.

He added: “It tastes a bit like chicken but also defecates chips and cries a coleslaw-like matter from its single unblinking eye.”

Occupational therapist Emma Bradford said: “If it comes down to it we’d invite some friends over for dinner, drug them and hold them hostage in the cellar, gradually eating bits of their limbs like in The Road.

“I’m sorry, but I just can’t eat meat unless I know where it comes from.”

Legalise drugs, says some crazy President of the Royal College of Physicians 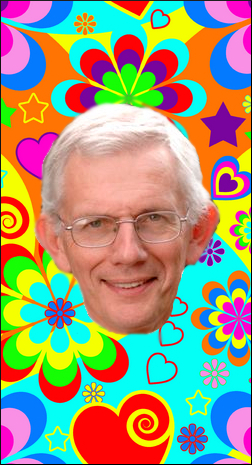 THE campaign to legalise drugs was today backed by someone whose only qualification is to know exactly what he is talking about.

Professor Sir Ian Gilmore, the outgoing president of the Royal College of Physicians, admitted he did not expect his views to be taken seriously because all he had done was spend 30 years becoming a world class consultant and public health expert, before sitting down and thinking about the issue of drug misuse for absolutely ages.

He said: “I haven’t done anything particularly onerous such as waiting my turn to be handed a safe parliamentary seat before confronting the incredibly demanding task of doing whatever the Daily Mail tells me to.

“My comments are nothing more than the sort of off-the-top-of-the-head ramblings one consistently hears from scientists, lawyers and hippy dippy chief constables.”

Professor Gilmore added: “The only people now opposing the legalisation of drugs – and thank goodness – are MPs, your grandmother and Peter Hitchens, that religious chap who is perilously close to being too insane for the Mail on Sunday.”

Senior Tory backbencher Denys Finch-Hatton, said: “I do find it disturbing when dangerously under-qualified people get involved in subjects on which the Daily Mail has already made its position perfectly clear.

“Take this quote from Professor Gilmore – ‘Everyone who has looked at this in a serious and sustained way concludes that the present policy of prohibition is not a success’.

“Not only is that pseudo-scientific rubbish, but if you re-arrange the letters and add some new ones it spells ‘I want to kill the Princess Royal and then make nasty love to your inside-out brain on a sponge made from death yoghurt’.”

He added: “I’m sorry, you’ll have to excuse me, I’ve had about 12 gin and tonics and a bottle of Muscadet.”