28-YEAR-OLD Tom Logan has described how a single night of intense drinking ravaged his youthful looks.

Logan, who is generally a moderate drinker, awoke from an unplanned bender looking look the late film director Ken Russell.

He said: “We really got on it. I remember doing flaming sambucas and another drink that tasted like bad chocolate, but after that it’s a blank.

“I awoke fully clothed on the sofa, moaned softly for a bit then got up and shuffled to the bathroom.

“At first I wondered why there was some red old man in my house. He had big ruddy jowls and chaotic grey hair.

“I gradually realised I was looking in the mirror.

“My life is ruined now. I’m regional sales manager for a mobile phone company, yet when I arrived for a team meeting I was turned away and given some small change to get myself ‘a nice cup of tea’.

“I fully expected to wreck my physical appearance through poor lifestyle decisions, but over the course of decades rather than in one ill-judged session.”

Blackberry bought by consortium of teenagers 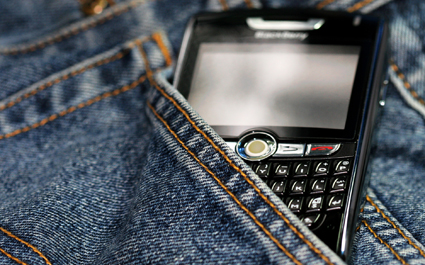 THE makers of Blackberry have been bought by a group of British teens eager to keep their favourite hook-up network intact.

It is expected the teenagers will refocus Research In Motion on providing a cryptographically secure network for their misdemeanours.

Teenager Nikki Hollis said: Businesses need security for their accounts, but thats nothing compared to a group of four girls arranging to attend a party with boys present while convincing four sets of parents theyre all at each others houses.

Weve offered £3.2 billion for RIM and its assets, and if were outbid well just ramraid it in a twocked Mini.

CEO Tom Booker, who uses Blackberry for his business’s emails, said: “Obviously this isn’t optimal for the company, but just tell me a bit more about this sex network thing before I go cancelling any contracts.”