Concerned parents had assumed the condition was nothing more than a mild condition caused by the innocent hysteria which fills the air at Justin Bieber events.

But the Institute for Studies has discovered it is a chronic sexual disease with symptoms including hallucinations and pus.

Professor Henry Brubaker said: “We’ve traced the bacteria’s origins to a backstage area at Bieber concerts known as The Pit.

“Justin himself wears rubber and a pair of strap-on hooves. Anyone who touches his hair is nailed to the floor.”

He added: “We believe the bacteria incubated in The Pit before escaping during a particularly dangerous rendition of Never Say Never and then spread quickly as Bieber fans licked each other on the face and hands in response to Justin’s overwhelming raunch.”

Father of three, Tom Logan, said: “My 14 year-old came to me and said ‘dad, I think I’ve got Bieber fever’. I replied that I should hope so as those concert tickets cost a fucking fortune.

“She then explained that I had misunderstood and that according to the internet she was going to need some strong antibiotics.”

Professor Brubaker said: “I can’t decide whether to call it Bieberrhea or Biemydia.” 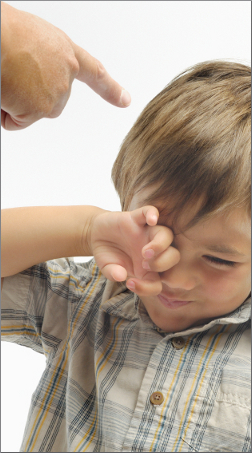 IT is not just the Labour Party who wants to treat you like a three year-old child, it has emerged.

Health secretary Andrew Lansley will today set out his plans for naughty steps, sitting up straight and five minutes of Rastamouse before bath time.

“Now then, hands up who knows what this is? No-one? Well, it’s what’s called ‘a packet of cigarettes’.

“Now cigarettes may look like lovely, tasty sweets but they’re really very nasty and stinky and they make you die.

“But it’s okay because we’re all going to play a super, fun game where we imagine there are no cigarettes.

“I’m going to hide them all and to win the game all you have to do is to not try and find them.

“And to make it even more super and fun the packet of cigarettes will just be a plain white box with the word ‘cigarettes’ in big, black capital letters and a huge picture of a rotting lung on it, making it even easier to not find.

“And whoever doesn’t find the most packets gets to live forever.”

He added “Can I have some nice vodka now, please?”