TWO of Britain’s biggest lifestyle industries have teamed up to create ‘dietopathy’.

The new science involves losing weight by drinking delicious milkshakes that do not contain any milkshake.

Tom Logan, who qualified as a dietopath after printing off a colourful certificate with elegant fonts, said: “With dietopathy you can eat whatever you want, because all our meals contain no trace of whatever they’re supposed to be.

“What appears to be an empty plate is actually a delicious trifle with lots of custard and layers of juicy sponge.

“Once you have eaten your trifle you then write down the number of calories in your Dietopathy Log, which, if you are doing it correctly should be zero.”

Logan, who also holds a number of other ‘path’ titles, including homeo-, naturo-, and ghosteo-, added: “You’re special!”

Peterborough GP, Dr Emma Bradford, said: “Let’s bung it on the NHS. Why the fuck not?”

Waterman sparks debate about how Minder was actually shit 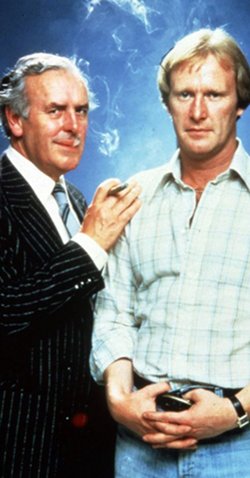 DENNIS Waterman has provoked a furious debate about exactly how shit Minder actually was.

Speaking into Piers Morgan’s gigantic face he said that badly written east end pantomimes made it very easy for actors of his calibre to play a pathetically cliched, two-dimensional rogue.

The ‘actor’, ‘singer’ and wife beater then insisted that very bad TV shows are not the same as TV show that are utter rubbish.

Helen Archer, from Peterborough, said: “His views on Minder are the same as a lot of older men and so I realised the only reason people were interested was because this particular old man had beaten his wife.

“But then it occurred to me that there was a really serious issue here and that I should give it some more thought. I eventually arrived at the conclusion that Minder was a lot of bollocks.”

She added: “I know a lot of people will be very offended by that and I don’t want it to be taken out of context, but Dennis Waterman is an appalling actor and the theme song sounded like Joe Coker being impersonated by Cliff Richard.

“I do wish Twitter wouldn’t make it so easy for me to get all worked up about the shitness of Minder.”

A spokeswoman for the domestic violence charity Refuge said: “It’s one of those shows from the 80s, like Lovejoy and Press Gang, that everybody remembers very fondly until they see a repeat on ITV3 and go ‘Jesus Christ, that was pish’.