Fat Gene Made My Baby Explode

ANGRY parents are demanding compensation after an obesity gene made them feed their children until they popped.

Experts say the gene not only prevents hefty children from telling when they are full, but also forces their parents to give them bucket after bucket of chips and fried meat.

A recent study, published in the Journal of Clinical Roly-Poliness, found the 'FTO' gene means a porky child is less likely to have its appetite 'switched off', while the parents are more likely to be a pair of total retards.

Elaine Reeves, from Chesterfield, had been shoving cake into her delighted, but chubby eight year-old since he was a toddler.

"He'd had his tea and his dinner and was just sitting down to supper. He liked cake, so I always gave him loads and loads of cake.

"I'd nipped into the garden to slaughter a pig when I heard this big bang. I looked in the window and there were just bits of cake and Man Utd shirt everywhere."

She added: "Doctor said his genes were all wonky. He was my brave little 168-pound soldier."

But geneticist Dr Wayne Hayes said: "The thing about children is, they're children. And you're not. You are in charge of them.

"This means that when your child develops the look and feel of a bean bag, it's probably time to put down the shovel."

Countdown In Crisis: Numbers Round Outsourced To India 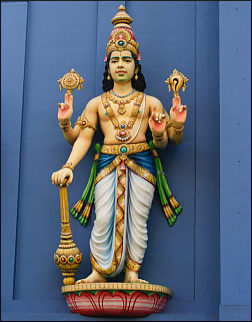 COUNTDOWN is to outsource its numbers round to India following major budget cuts by Channel Four.

Krishna Brahmagupta, who holds a first in applied maths from the University of Jalalabad, is to replace Carol Vorderman, but will present the round from a call-centre in Bangalore.

However, in a gesture of goodwill to the many elderly people who watch the show he will give his name as Jeff and pretend to be from Warwickshire.

Mr Brahmagupta said: "You are wanting one from my bottom and five from my top. How is the weather where you are today? Here in Warwick it is currently 112 degrees.

"So I am now adding the five and the two and multiplying this by the 50. Meanwhile I am subtracting the three from the seven and then by adding it altogether it is now presenting us with 354.

"It is most easy and I am wondering what in the name of Lord Vishnu is being wrong with your education system?"

Channel Four have offered Mr Brahmagupta, currently director of IT for the Tata corporation, a generous package which will see his salary double to more than £6000 a year.

He added: "I am wishing best of luck to Carol in her promoting of FirstPlus and special detox of urine."

Further cost savings will come from replacing lexicographer Susie Dent with a Jolly Phonics talking dictionary and cutting the conundrum from nine letters to four.

Meanwhile, the Daily Mash has unveiled its latest major news event logo to reflect the nation's growing concern over the future of Britain's favourite word and number game.

He added: "And another consonant."