UK health record paves way for new round of bothering you

THE UK’s health record will lead to a new era in being bothered constantly.

Statistics show the UK is falling behind other European countries at not ignoring doctors or creepy government health campaigns.

Now the government has pledged to reverse the trend by giving more money to doctors and commissioning a series of creepy health campaigns.

Health secretary Jeremy Hunt said: “We’re also going to need lots of new laws about food and alcohol and tobacco that will be devised by people with a form of OCD that can only be described as ‘raging’.

“It is going to be unbelievably annoying. Don’t you just hate it here? Still, what are you going to do about it? A big fat nothing, that’s what.”

He added: “I’ve commissioned a poster that shows a healthy young woman with dead eyes doing a star-jump and the slogan ‘Love your heart’. But the words ‘love’ and ‘heart’ will just be heart shapes. It is going to be absolutely everywhere.”

Dr Julian Cook, a public health expert, said: “We want everything to be insanely expensive, except for this bag of apples. You will all have to fight over the bag of apples.”

The new laws will include a statutory right for doctors to phone you continually in the middle of the night, shouting at you about crisps, before you finally just rip the phone out of the wall and lie there seething in the dark until it is time to get up. 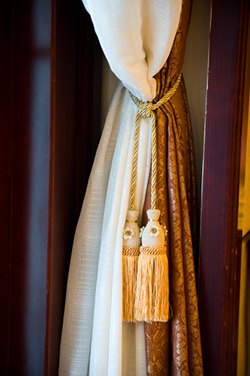 THE number of people buying houses has been linked to what a massive ball-ache it is.

Reduced lending and market instability were considered major factors, but new research suggests it is caused by curtains and the poles to which they are attached.

House mover Wayne Hayes said: “After painting this overpriced pile of shit for nine hours straight to cover the handiwork of the previous owner’s brood of arseholes, I ate cold beans from a tin.

“Because apparently shops need six week’s notice to deliver a cooker, like you’ve just asked them to conjure up a unicorn made from nougat.”

The popularity of moving house was much higher when it simply consisted of comically over-filling a van with furniture and driving 500 yards up the road.

But as the number of companies that need to be notified surpassed the number of humans listed in the Domesday Book, more people are deciding to put up with the place they currently despise.

Hayes added: “Seriously, fuck this. I’m not moving again, even if it’s gradually filling up with a poisonous black ooze.

“Anyway, I now have to wait for an electrician to take my money and look at me like I just invited his nan to a cock-fight.”