All 50 US states now terrifying to British people

ALL 50 US states are now incredibly frightening if you are an ordinary British person, it has been confirmed.

Previously Britons were scared only of the religious Southern states, the creepy, midwest survivalist states and the insane parts of California.

But the ‘polar vortex’ means the British now regard almost normal places like New Hampshire, Illinois and Massachusetts as extremely terrifying death traps.

Tom Logan, from Hatfield, said: “America is now the same as Australia. Below the veneer of familiarity there is an unsettling weirdness and/or the unstoppable horrors of nature.”

Jane Thompson, from Peterborough, said: “I was in the habit of visiting normal America every couple of years. But normal America is currently colder than Mars.

“So that’s that fucked.” 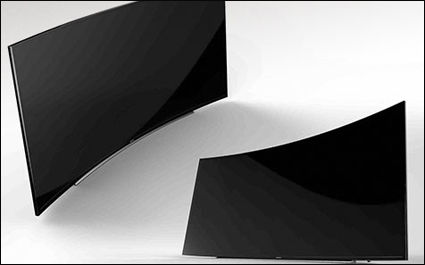 SAMSUNG has unveiled a bendable TV inspired by hallucinogens.

A spokesman said: “Our research and development team has been using LSD as a creative tool.

“They came up with this awesome TV that looks like a normal television set as viewed by a person on drugs.

“Also we will be debuting our melted stereo and a games console that crawls around the room on little metal legs, grazing on carpet fluff.

“The idea is that you get the drug experience without have to go and score.

“Interestingly, if you watch the bendy TV on drugs it looks like a perfectly flat rectangle.”