In our defence we didn't think you were thick enough for this to work, says Russia

RUSSIA has defended its interference in Western elections by saying it did not think we would actually be moronic enough for it to work.

Cyberwar operatives have admitted that their meddling was only meant to be a warm-up and that we have largely ourselves to blame for their success.

A Russian source said: “We don’t know a lot about elections. They’re not really our thing.

“So in preparation for our proper go at it in 2020, we scheduled a rehearsal with a joke reality star in America and our long-standing agent Farage who’s only over there because we don’t want him here.

“We ran a load of Facebook ads, we funnelled some money into campaigns, we used all our openly dirty operatives because why waste the deep-cover guys on a practice run, and we only fucking won.

“Putin’s kicking himself. He says, ‘We went through 40 years of Cold War and their democracy topples when you push with one finger?’

“Anyway, we’re getting rid of Trump and getting one of our proper people in for the US, but in Britain which does not matter we will make a squirrel prime minister.

“Be honest, you would vote for a squirrel.”

Gilet wearer admits his arms have been cold for years 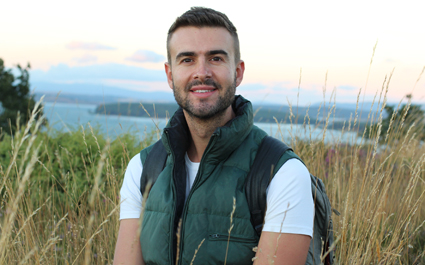 A LONG-TERM gilet wearer has admitted that his arms are often very cold.

Roy Hobbs has been parading around in a green quilted gilet in all seasons, insisting that he doesn’t ‘need’ sleeves in the face of rain, wind or snow.

Hobbs said: “Football matches were cold but I didn’t want to look like some sleeve-owning wimp so I stuck it out.

“The payoff to freezing your nuts off is that you look hard as fuck, but I’ve realised it’s just not worth it. It’s a relief to have accepted that I feel the cold like every other human.

“Gilets may look awesome but they’re basically half-built coats and that makes no sense.”

Designed to warm the thorax while chilling the wearer’s arms to icy buggery, the gilet remains a firm favourite with men who want to give the impression their arms are too ripped to be contained by an outer layer of sleeve.

Hobbs’ partner Mary Fisher said: “He’s actually not Jason Statham and the anorak I’ve ordered for him from Peter Storm will prove that”.