BLUR’S Alex James has delivered a glowing report of Iran’s Parchin military complex after becoming the only inspector allowed onto the site.

Musician and dairy farmer James, who was personally invited by President Ahmadinejad to see how Iran makes its weapons, emerged from his visit with overwhelmingly positive impressions of the controversial base.

He said: “Everyone at Parchin works very hard and is passionate about what they do – just like I am about cheese.

“I met a man called Omar who told me he just wants to ‘incinerate the Zionist pig-dog’.

“As a breeder of pedigree livestock I can fully understand why he doesn’t want pigs and dogs mixing, it would play havoc with the bloodlines. Good for him.”

The Britpop hero added: “It’s clear that the Iranians really care about their staff. They even have an ‘enrichment area’ where, presumably, they can do enriching things like reading books, painting and playing musical instruments.

“The machinery itself is big, shiny and noisy – real Willy Wonka stuff, if Mr Wonka was hell-bent on destroying Israel.”

A UN spokesman said: “President Ahmadinejad is a fan of James’s journalism, the song Country House which he believes mocks the decadent elite, and 90s UK indie rock in general.

“Despite our reservations, we feel this visit represents a step forward and have asked if a secret laboratory underneath the ancient city of Qom can be inspected by Teenage Fanclub.”

Obama asks Romney to explain the origins of Mormonism again 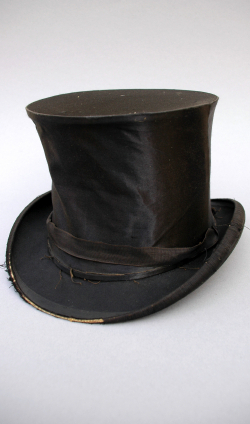 AS Mitt Romney took another decisive step towards the Republican nomination, President Obama asked if he could tell him again how Mormonism got started.

Romney was the big winner of ‘Fabulous Tuesday’ when all the Republican contenders showcase their latent homosexuality in 10 states at once.

As Romney celebrated in Boston, Barack Obama phoned to congratulate him on his victory and convey his hopes that they would have a clean fight for the presidency, before adding: “Tell me the story about God’s message being at the bottom of a hat.”

The former Massachusetts governor then explained how in 1823, Joseph Smith, the founder of Mormonism, met an angel called Moroni who told him that nearby were buried some golden plates, a pair of spectacles and a ‘seer stone’.

President Obama then interrupted briefly to ask: “Sorry, did you say he was  called ‘Moroni’?”

Governor Romney said ‘yes’ and then explained how eventually Moroni allowed Smith to dig up the golden plates and then translate them – from a previously unknown form of ‘Egyptian hieroglyphics’ – by using the spectacles while staring at the stone, which he had placed at the bottom of a hat.

After a five second pause, President Obama said: “And that’s what you believe?”

Governor Romney replied: “Yes it is.”

The President continued: “I know that mainstream Christians, like myself, believe Jesus was the son of God and came back from the dead, but that is very… special.”

The President then asked if everyone now understood clearly the basis of Governor Romney’s belief system, adding: “So we won’t need to ask him again, will we?