TOURISTS in Jerusalem were last night treated to one of the Holy Land's most exciting monk fights in more than 20 years.

The Church of the Holy Sepulchre, traditional site of the death and resurrection of Jesus, was transformed into a blood-soaked cauldron of fists and teeth as rival gangs went at it like devout maniacs.

According to eyewitnesses the violence erupted when the head of the Coptic Mission accused his Ethiopian counterpart of failing to fully understand the indivisible nature of the Trinity and of "dressing like a nonce".

Mary Bradford, 64, a Baptist pilgrim from Alabama, said: "The Eastern Orthodox and the Greeks piled in. I think I saw a couple of bike chains.

"Then the head of the Armenian mission arrives, looking all serene and holy. He walks up to a Jesuit and says, 'sorry we're late but I was too busy doin' your momma!'. Then they both go into karate mode."

She added: "The best bit was the enormous, seven foot Coptic wielding a nunchuk. Everyone just stopped for a moment and stared at him and then he let out this blood-curdling scream and started cracking skulls like some kind of badass ninja."

Roy Hobbs, professor of Theology at Reading University, said: "It was very unusual to see the Greeks getting their knuckles dirty. They usually just stand on the sidelines holding the cassocks."

He added: "Of course the big theological question is 'who would Jesus have fought for?'. I think on this occasion it would have been the Coptics. Jesus loved the nunchucks."

Public Can't Wait To Be Truncheoned Across The Jaw, Says Smith 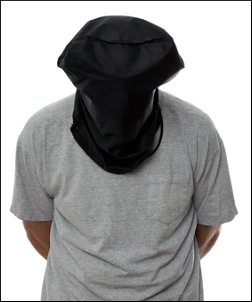 MOST British people are looking forward to having a policeman stand on their windpipe, the home secretary said yesterday.

Jacqui Smith insisted there was widespread public support for state-sponsored beatings and being asked to hand over your papers.

She said: "People have been coming up to me in the street and demanding I set about them with a baseball bat.

"One man even handed me a bamboo cane before getting down on his hands and knees and suggesting I start with his buttocks.

"And you would not believe the number of people who have already applied to be stripped naked and thrown in a police cell with a single, bare light bulb that is on 24 hours a day while being pummeled with a high pressure hose whenever they try to go to sleep.

"I ask them 'would you not want to know what you'd been charged with?' and they say 'no, of course not, that would be a victory for Al Qaeda'."

She added: "As I've always said, the vast majority of sensible people in this country understand that being at the business end of a brutal and unprovoked assault will actually make them safer.

"In fact, just last week I got a letter from an old lady who asked me to chase her onto the bus and then shoot her in the face.

"I thought I was going to cry."