Under Fives Not Taking Your Shit Any More

BRITAIN'S under fives are just not taking this shit any more, the National Union of Teachers has warned.

The NUT said until last year the under fives were the only children that teachers could give shit to without fear of reprisal.

However, since September the tables have turned and the country's tiniest pupils are not only up for it but are incredibly well organised.

Martin Bishop, a primary school teacher from Liverpool, said: "The one with the strongest legs goes at the bottom and the others climb on top until, collectively, they are tall enough to punch you in the face. It's like a troupe of evil, midget acrobats.

"Then they grab your legs and topple you over before the ringleader starts kicking you repeatedly in the groin."

He added: "They also like to hide in cupboards so that when you open the door to get some crayons about eight of them swarm all over you and then start biting you in the face."

Official statistics show that 1,500 under fives were suspended from school last term for cigarette smuggling, organising prostitutes and running a numbers racket.

Kyle Stephenson, four, said: "You think I'm funny? How the fuck am I funny? What the fuck is so funny about me?"

Banks Not Happy Until All That's Left Is Banks 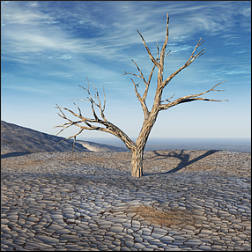 THE banks will not rest until they have destroyed everything that is not a bank, experts claimed last night.

Economists now believe the international banking industry is in the final stages of a detailed plan designed to bankrupt everyone and then kill them.

Dr Bill McKay, of the Institute for Studies, said: "Stage one was to engineer a credit boom and get everyone up to their nipples in debt.

"Stage two was to create some bullshit crisis and then exterminate the housing market.

"Stage three was to beg for a trillion pound bail-out and leave all the governments teetering on the edge of financial ruin.

"Now we're at stage four – refusing to pass on interest rate cuts, killing off any remaining businesses and forcing absolutely everyone into bankruptcy and death."

According to Dr McKay the banks will then tower over a wasteland of abandoned shops and decaying corpses before stealing whatever small amounts of change they can scavenge from the pockets of the dead.

He added: "The last remaining bits of cash will be held by Mervyn King, sitting alone in his office in Threadneedle Street. But the banks will hunt him down and devour him like a horde of rabid zombie vampires.

"They will then bulldoze away the ruins of everything that was not a bank and build a new society filled with pathetic little men who spend all day lending each other money and rubbing used tenners into their groin."