As Barack Obama seized the White House to become America's darkest president so far, the prime minister and the Tory leader clashed over who he liked best.

Mr Brown said: "Mr Speaker, I've already phoned him. I was one of the first to phone him actually, because, unlike some people, I've got his personal 'cellphone' number.

"Mr Speaker, he said we're going to be totally best friends, 'brothers' if you will, and then he asked me to come to his house for dinner and stay over. And he said Michelle, that's his wife in case you didn't know, thinks that my wife is really, really nice."

The Tory leader said: "Mr Speaker, I'm down with him. We're going to see Herbie Hancock together. Just the two of us. Yes we are. The prime minister can sneer all he wants but we are. And we'll probably grab a beer afterwards and rap about politics and shit."

Bill McKay, professor of public policy at Reading University said: "It's natural for them to want to exploit Obama's success and contextualise it within their own political narrative.

"But the problem is that compared Obama they're really just a couple of arseholes."

Meanwhile, a spokesman for the president-elect said: "Mr Cameron strikes us as the sort of person who would have owned Michelle's great-great grandparents. 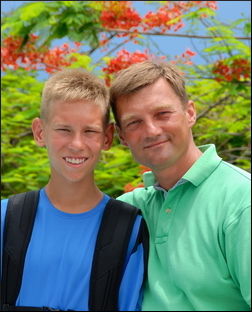 TEENAGE boys are nothing more than younger versions of men, new research suggests.

Scientists at the Institute of Studies said the evidence showed that men and boys exhibited many close similarities, but chiefly an overwhelming instinct to insert their penises into anything warm.

During the research the scientists asked 30 teenage boys if it was wrong to pressurise their girlfriends for sex or use alcohol to get them into bed, and they all stared blankly at them as if they were insane.

When they posed the same question to a group of men they asked the researchers to repeat it slowly before asking sarcastically if they had any better ideas.

Henry Brubaker, of the Institute for Studies, said: "Bone fragments, DNA and the fossil record all suggest teenage boys and men are very closely related.

"But it only hits home when you place them all in a room together with a Jenna Jameson DVD and a pile of old Hustlers.

"Observing their ritualised behaviour, the way they use sticks, and mark out their territory with urine, there is little doubt they are in some way genetically linked."

Kyle Johnson, a 16 year-old boy from Southampton, said: "If you really, really loved me you would let me put it in, and if you don't, I know some other bird that will."

But his father Lyle said: "If you really loved me you'd let me do that thing that everyone says is even better than you think it's going to be. Shall I open that second bottle of wine?"