THE Canadian Mounted Police has vowed to capture every one of the 12 million bees that escaped from an overturned truck earlier this week.

The Mounties said the bees will have already split up into smaller groups of around one and a half million and may attempt to blend into Canadian society, perhaps getting a part-time job in a small town.

Captain Tom Logan said: "We always get our man. And our bee. This is very much man against bee."

The Mounties have brought in Sergeant Bill McKay, Canada's greatest living wasp tracker who once tracked a single wasp through the Rockies for more than six years.

"I'll travel by night, stick to the backwood trails, eat nothing but pollen, and within a week I'll be thinking like a bee."

Meanwhile the Mounties believe the bees may attempt to track down the driver of the truck and assault him.

Captain Logan said: "The last thing we want is the truck driver being woken in the middle of the night by a knock on his door, only to be punched in the face by 12 million bees who have formed themselves into the shape of a giant fist."

The mass bee escape has placed extra pressure on the force, already coping with the aftermath of the British Columbia foot deluge.

Captain Logan added: "One day it's feet, the next day it's bees. With our luck the next thing will be a deluge of bees' feet. What the hell's wrong with this country?" 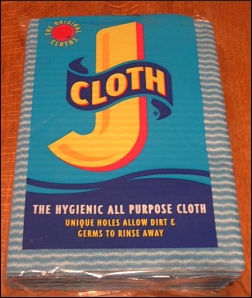 POP star Madonna’s childhood home in Detroit has been burned to the ground in an apparent revenge attack by Jesus.

Witnesses spotted the Son of God last Friday evening at an Exxon service station in the Detroit suburb of Rochester, where he was seen filling a large metal canister with petrol.

The Prince of Peace then crossed the road to the Stop'n'Go convenience store where he bought a packet of J-Cloths and a large box of safety matches.

Security footage from the rear of the store shows Jesus taking bottles from the recycling bank, filling them carefully with the petrol and then stuffing them with the cloths, before placing them in a cardboard box and heading for the nearest bus stop.

Nikki Hoberman, a cashier, said: "Jesus walked right up to me and asked me where Madonna used to live. He looked upset. I said to him, 'what you gonna do Jesus?' and he said he was gonna find that house and torch it.

"Then he started goin' on and on about Kaballah and how he didn't get 'nailed to a goddamn tree' just to see a Catholic girl sign up for some 'pervert Jewish witchcraft'."

She added: "He wasn't too happy about the cover version of American Pie either."