The movement’s leading maniac was filmed talking about the evils of self-pleasurement in a 1996 TV interview.

Now traditional Americans who work damn hard to keep a roof over their family’s heads while disliking homos and science have been compelled to engage in bouts of guilt-heavy onanism while watching the interview on Youtube.

Wholesome patriarch and multiple machine gun owner, Bill McKay, said: “I can’t help but think I’d like to do her in a suitably patriotic setting. Perhaps in a Chevy. At a levy.”

He added: “Since discovering it I’ve been doing the moral equivalent of adultery seven or eight times today. My left eyelid has started drooping.”

Insanely enormous pick-up owner, Joseph Turner, said: “I have these fantasies involving Sarah Palin, Christine O’Donnell, a tub of margarine and the pelvic bone of a brontosaurus.

“It’s the idea that I might subconsciously believe in dinosaurs which troubles me most.”

Political analyst, Roy Hobbs, said: “While I’m certain the rise of the Teapot movement will mean the destruction of humanity in a screaming lake of blood, bones and fire, I can’t stop wanking over terrifyingly right-wing brunettes.

“I just have this instinctive feeling that they would be eye-poppingly filthy.

“They totally would, wouldn’t they? Oh yes.”

Pope Congratulated On Size Of His Balls 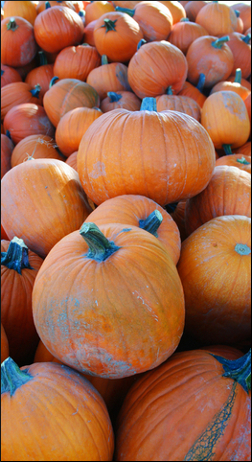 POPE Benedict was congratulated on the sheer heft and girth of his testicles last night after the former Hitler Youth member said atheists were Nazis and accused Richard Dawkins of plotting a new holocaust.

Looking as if he believed every word of it, the Pontiff claimed it was the Nazis’ atheism that drove them to kill millions and warned that the smart arse you argue with in the pub about religion will eventually gas you in a camp near Watford.

Ignoring his predecessor Pius XII’s indifference to the Final Solution, as well as the countless references to God and ‘divine providence’ in Mein Kampf and many of Hitler’s speeches, the Pope said Professor Dawkins was probably a gayboy as well.

He said: “The Nazis wanted to destroy all religions. That’s why they focused on killing Jews. And homosexuals and gypsies and intellectuals and communists and people who didn’t like Nazis. Thank Christ I wasn’t on that list.

“I would stress that there’s absolutely no need for anyone to go looking any of this up in books and such like. The great thing about my infallibility is that it means you have more time to spend on your hobbies.”

Tom Logan, who listened to the speech in Edinburgh, said: “Sweet baby Jesus, that man’s got the biggest fucking balls I’ve ever seen. He must use a pair of specially adapted braces to stop them bumping along the ground.

“Or maybe there’s a tiny priest under his dress whose job it is to hold the Pope’s massive nuts in a basket.”

Meanwhile Professor Henry Brubaker, of the Institute for Studies, explained: “Not that it actually makes any difference, but of course Hitler believed in God – he just didn’t like organised religion. He wanted his ideology to be supreme just like – oh, I don’t know – every Pope since the fictional character of St Peter was invented sometime in the late first century.

“And obviously the holocaust would not have been possible unless the Nazis had been able to tap into the deep-seated Christian anti-semitism that had existed across Europe for centuries. You fat fucking sack of infallible monkey shit.”

But last night a Vatican spokesman insisted the Pope was ‘well aware of Nazi ideology’ mainly because he had earned the badge when he was 14.

The spokesman added: “He also had the Kristallnacht badge, the eugenics badge and even got extra credit for being able to draw a very amusing caricature of a predatory Jew.”