Trump does not know difference between international diplomacy and Wrestlemania

SENIOR White House staff are attempting to teach President Trump the difference between sensitive international diplomacy and trash-talking a Hell In A Cell opponent.

The world leader, who appeared at Wrestlemania XXIII ten years ago, has delivered a string of insults to rival Kim Jong-un but is worried that he has not been tough enough.

An aide said: “He says he’ll know he’s winning when the crowd hold up signs with his best insults on.

“We’ve tried to tell him that you don’t need to hype the threat of intercontinental nuclear warfare, that it really hypes itself, but he believes the American public won’t get excited until it gets personal.

“With that in mind he’s going to bodyslam his way through framed pictures of Kim Il-sung and Kim Jong-il at his next press conference, to get the world’s attention.

“Also, we’ve been forced to requisition the WWE Intercontinental Championship belt for ‘the winner’. It’s not even one of the better belts.”

Kim Jong-un said: “Bring it on, Oompa Loompa bitch. The Supreme Leader will punish you!”

Contaminated eggs give you an egg for a head 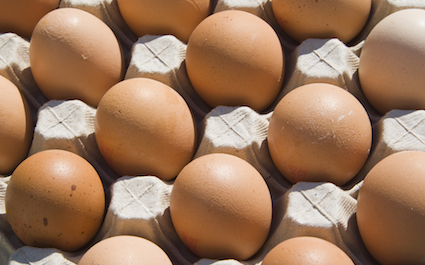 CONTAMINATED eggs will replace your entire head with the smooth, featureless ellipse of an egg, scientists have warned.

More than 700,000 eggs from Dutch farms have been affected with the substance, which causes consumers to lose all hair and facial features and to wobble down the street with a big egg on their shoulders.

A Food Standards Agency spokesman said: “You’ve probably seen one or two of them on your commute this morning. The eggmen.

“Dressed in perfectly ordinary suits, walking to work with their briefcases in their hands, seemingly unaware that from the neck up their heads are just massive eggs.

“Don’t try to speak to them, because they have neither ears nor mouths. Don’t try to crack them. Let the abominations be. They won’t live long.”

Dr Helen Archer said: “Luckily the only contaminated eggs in the UK are in pre-prepared egg sandwiches, and who eats those? Bad people. Builders.

“Round up the eggheads. They won’t be missed.”