US celebrates victory over aliens

THE USA is paying tribute to Will Smith and the heroes who fought back the alien invasion of 1996.

The conflict, which destroyed Washington DC and killed thousands of innocent people, was one of the most dramatic but ultimately forgettable 145 minutes in American history.

A medal ceremony at a rebuilt White House will honour heroes of the conflict including Jeff Goldblum, who was the last man to use a non-Apple laptop on screen.

American Joanna Kramer said: “Everyone remembers where they were when they first saw the aliens above our cities and realised how far CGI had come.

“If it hadn’t been for the ensemble casting that defended us, mixing up-and-coming stars with veterans like Randy Quaid, then our social and political landscape would be very different.

“I still remember that moving scene with Tea Leoni on the beach with her father, facing that massive wave.

The July 4th celebration saw a touching moment when Will Smith was reunited with the alien he knocked out in the invasion, with the two exchanging jokes and hugging before Smith took offence and punched it again.

Are Lineker's shirts the tightest in football history? 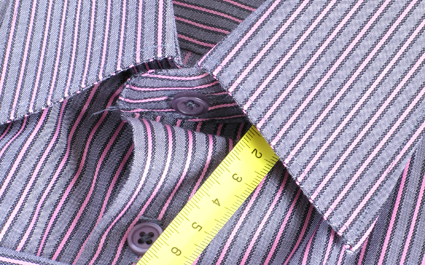 GARY Lineker’s form-hugging shirts have been hailed as the tightest ever worn by a football presenter.

Some experts even believe the former-England striker’s shirts may be even tauter across the chest than those worn by the legendary Malcom ‘Big Mal’ Allison during the 1970 tournament.

Football historian Roy Hobbs said: “The past eight World Cups have been characterized by free-flowing clothing that has left even die-hard fans reaching for the remote. Brazil 2014 is different. The tightness is back.

“There have been some great tight shirt moments over the years, Ray Stubbs in USA ’94, for example. And people will always  talk about Barry Venison’s contours.

“But I literally can’t take my eyes off the TV for fear of missing a side-seam splitting.”