YOUNG Conservatives are planning to mark the death of Nelson Mandela with something vile.

As the former South African president lies in a critical condition, youthful right-wingers are devising a series of events that would be unthinkable to any normal person.

Student Nikki Hollis said: Im organising a Hang Nelson Mandela party where well all black up and wear nooses around our necks. Theres no way that could be misconstrued.

Then well all sing Ding dong, the terrorist is dead! while someone records it on their camera phone, causing us to appear in the Daily Mail and get booted out of our obscure agricultural college.

Young Tory Julian Cook said: When Mandela dies Ill probably buy a load of champagne and drink it ostentatiously outside the South African embassy with my ideologically sound companions.

Well all be wearing Fuck the ANC t-shirts, which will be doubly offensive thanks to us being a bunch of white, 20 year-old politics students who want to get rich by any means necessary.

Ill probably propose a toast to Nelson Man-dead-la, unless I can think of something more unpleasant, like Heres to fatal lung infections! 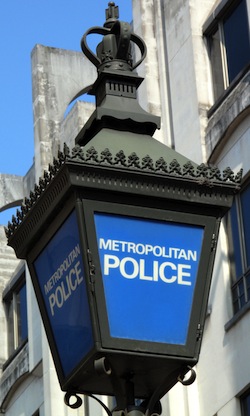 LONDONS criminals have told the Metropolitan Police that they disgust them.

As it emerged police investigated Stephen Lawrences family to see if they did anything egregiously black so they would not have to bother solving his murder, the capitals underworld have asked if they can be arrested by Kent police in future.

Roy Hobbs, a small-time shit from Bermondsey said: I was carving the terms and conditions of my 17,000% loan on to a customers forehead when I heard about the Lawrence thing. Frankly, it turned my stomach.

My customer wiped the blood from her face and said if I’d had anything to do with the Met shed be bitterly disappointed.

Burglars, car thieves and muggers have agreed to cease activities until the police reach the minimum standard of basic decency required to not catch them.

Meanwhile, the public have been asked to report any unauthorised crime to Mick the Fuckers Garage and Waste Disposal Centre on the Isle of Dogs. A uniformed bouncer will break the miscreants thumbs within 24 hours.

Trifling thief Wayne Hayes said: “All the lads are taking a stand on this, except for our colleagues in banking. They seem to like the police even more now.”