Couple who hired expensive vintage campervan pretending to enjoy it

A COUPLE who spent a ruinously large amount of money hiring a campervan to drive around Cornwall don’t want to admit they are cold, tired and hungry.

Lucy Parry and boyfriend Jack Browne are both pretending they’re having an amazing time, despite secretly wishing they were at home on their sofa rather than sitting in a noisy, leaking box.

Parry said: “In theory, zipping around country lanes in a beautiful old vehicle, stopping to go surfing and then parking up for a cosy dinner and sleep sounds delightful.

“In practice, it’s shit. The van won’t go more than 50 miles per hour, the bed is tiny and uncomfortable and trying to make an edible dinner in a metre square space is f**king infuriating.

“However, I don’t want to admit it to anyone, even Jack, especially as we’ve put so many pictures on Instagram with the caption ‘living our best lives’.

“For the same money we could have had a week’s all inclusive in Corfu. I’m starting to suspect that being an annoying aspirational wanker who’s only in it for the likes might have its downsides.” 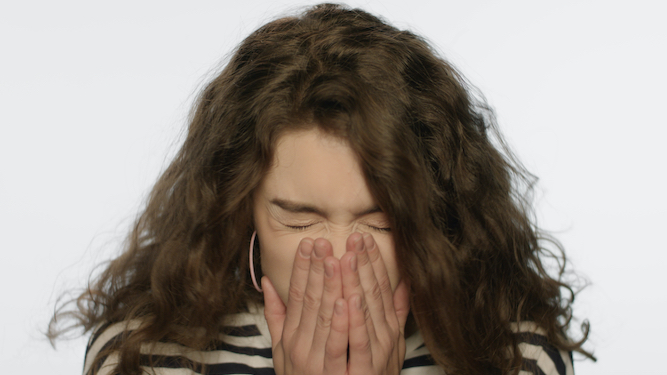 A WOMAN has decided that doing a single sneeze is not bringing her nearly enough attention.

Charlotte Phelps, who routinely sneezes up to eight times in a row, knows it annoys her family and freaks out strangers but is not prepared to stop being so annoying.

Phelps said: “One sneeze might get people to look at you, especially if you do one of those extra-loud explosive ones, but once they look away it’s all over.

“However, doing eight or nine in a row really makes a huge deal of it and forces people to stare at me. I don’t seem to be able to hold their attention with my conversation or wit, so I’ve got to find another way.

“And now that coronavirus has happened, it works even better. Even with a mask on, doing several sneezes in a row in the middle of Tesco will really make you centre of attention.