SOME middle class friends have invited you round for dinner and naturally you want to make a good impression. Try not to f**k it up with the following conversations.

How your underachieving kids are doing

Don’t mention Carl has landed an apprenticeship to be a mechanic when Francesca is reading English at Balliol. They may not be massive snobs about it, but they’d rather not be reminded your spawn will be earning soon, whereas they face years of subsidising their child to do unpaid internships in the media or, worse, put on terrible one-woman plays.

‘I’ve never had grouse before’

Very few people live on a diet of game, because they’re not a poacher or Robin Hood. However the other guests will like to pretend they’ve sampled every type of food, even if they haven’t. Play the game, and for f**k’s sake don’t say it tastes like chicken.

How much you spent on wine

Not because it’s crass to talk about money – middle class dinner parties frequently involve hours of dreary conversational brain rot about other people’s house prices and investments. It’s just that if you chirpily say £5 on the grounds it all ‘tastes the same’, it reminds them they know f**k all about wine and aren’t actually enjoying this obscure £25 shiraz, which may well be corked. Keep schtum and just enjoy having a bottle of wine to yourself.

Football is really the only sport you know much about, and blathering on about how United looked solid defensively on Saturday means you may as well have come dressed as Andy Capp. Your hosts won’t be sufficiently posh to be into lacrosse or polo, but there’s a far worse conversational risk: f**king golf. Take some discreet wireless headphones just in case.

That painful bunion or the ongoing saga of your haemorrhoids may be important to you, but now is not the time to bring them up. That’s not really a class thing, it’s just horrible. However there is a distinct possibility they’ll have a more aspirational ailment to trump you with, eg. being allergic to camembert.

This could go one of two ways. You may be subjected to a superior rant about how thick/racist the working classes are. That’s your dear old mum they’re talking about, although to be fair she is pretty racist. Alternatively you may find yourself listening to a Telegraph-reading Tory imbecile who thinks Brexit is going swimmingly. Probably best avoided as a topic, as angrily asking someone ‘Have you had your f**king brain removed?’ does lower the tone somewhat. 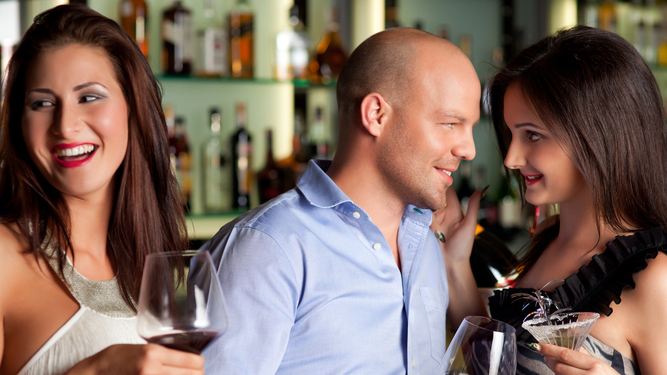 A DRUNK man, noticeably high on cocaine and bellowing about cryptocurrencies in a central London pub, is hoping people are taking his excellent financial advice.

In between frequent trips to the bathroom, city worker Jordan Gardner has spent the past three hours standing alone at the bar yelling about Bitcoin to any nearby punters trying to order a drink.

While aggressively rubbing his nose, Gardner said: “Crypto’s going to be HUGE. If you aren’t riding this wave, you’re a bigger idiot than I already thought you were.

“We’re at the start of a revolution here, yeah? You invest in Dogecoin tonight, you’ll have doubled your money by tomorrow, and could retire by the end of the week, you hear me? Now, could I borrow a tenner to take to the bathroom for a minute, please?”

A female customer unfortunate enough to have talked to Gardner said: “I was just trying to order another lambrini and suddenly I’ve got some Poundland Scarface yelling into my face about crypto bollocks.

“When I asked him what cryptocurrency actually was he started rambling about something called a ‘blockchain’, got confused, then spent 15 minutes telling me a conspiracy theory about Blue Peter. I’m not sure he’s entirely sane.”

Returning from the bathroom, Gardner yelled while tapping his nose: “My motto’s always been ‘buy high, sell high’. Right, has anyone heard of NFTs?”