The seven habits of high-as-f**k people

PEOPLE who are stoned out of their minds all the time don’t get that way by accident. They’ve shaped their own daily routines around ensuring they never have to confront cold, painful reality. And you can too.

HIT IT IN THE MORNING

You’ve woken up, bleary, with a mouth like the bottom of a parrot’s cage. Your eyes barely open. Your cough brings up tar. Fuck that. It’s time to wake ’n’ bake and fall into the comforting, hazy arms of Mary Jane once more.

Too many amateurs buy a pack of Rizla along with their tobacco and dust their hands off thinking ‘job done’. Real weedheads know that you’ll lose them, drop them, or simply roach them so much that the papers flutter away like feathers in a breeze. Buy Rizlas whenever you make ANY purchase. No exceptions.

Get into all the different types and flavours of weed. Why, when they all get you indistinguishably high? Because once you’ve got loads of different strains in different stash boxes around the house, you’ll never run out. Thinking smart. Thinking ahead.

Netflix? Film? Videogame? Too much concentration required. Focused stoners know that only a steady stream of channel-changing contrasts, from Grand Designs to Ultimate Party Jamz to Adventure Time to Monster Croc Wrangler will keep you alert enough to pack the next bong.

Sure, an 18-hour couch session’s the ideal, but every stoner has to leave the house sometimes. Make it a most dope experience by simply smoking a large spliff wherever you go. Strangers may stare but the police are too overworked to give a fuck, unless you’re black.

Is that seven habits? Yeah it must be. 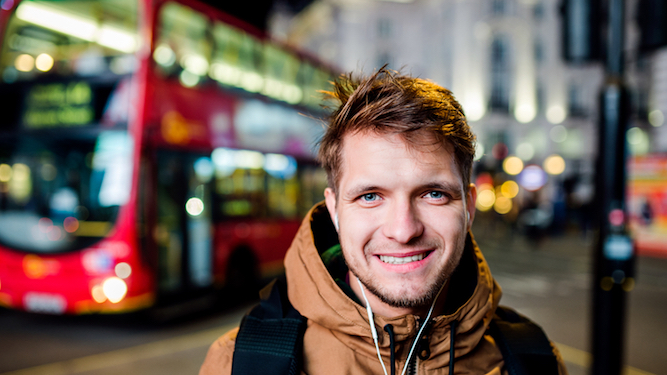 DO you have a friend who claims to love living in London but who you suspect secretly hates it? Here’s how to see through their lies.

The places they tell you about all sound a bit shit

London is full of wacky places like restaurants where you can fly drones, or pubs filled with hipsterish crap like old Pac-Man machines and stuffed bears. But does any of that actually sound enjoyable? No. It’s shit.

They only pretend to use all the amazing facilities

Simply ask your friend what film they last saw at the cinema. If it was Shrek 2, they’re not exactly out at the IMAX and Leicester Square Odeon every night.

Rather than admit London might at times be somewhat dangerous, your friend will pretend to be unfussed by crime, eg. “Yeah, some people broke into the house next door, had a gang fight in the street and set fire to a police car. But it was only kids.”

They are weirdly over-enthusiastic about public transport

London’s public transport is not as shit as other places, but since when was sitting on a bus a great experience? Your friend is really scratching around for reasons to like London when a trip on the crowded, grubby Northern Line is a highlight of your life.

They take every opportunity to not be in London

When enthusing about London, it’s entirely likely they’ll be doing it during yet another weekend spent somewhere much nicer, such as their parents’ house in anywhere not London.