Twitter user responding to absolutely anything with a death threat

A MAN who has spent too much time on Twitter now believes it is normal to respond to any minor annoyance with calls for murder.

Roy Hobbs began his death threat hobby by tweeting that the local council should be executed for their wheelie bin policy, and now responds to any event with a bloodthirsty overreaction.

Office manager Hobbs said: “If I’m pissed of with the number of crisps in a packet from Walkers, then I tweet that Gary Lineker deserves to be shot. That’s reasonable.

“I’ve also sent death threats to my local optician because they couldn’t squeeze me in on a Wednesday and to Ocado when they said my shopping was going to be delivered late.

“I know it’s an automated response but I now find it impossible to communicate in anything other than this dickish, knee-jerk way, usually involving anyone in the news being ‘strung up’.

“In fact it feels totally normal to tell everyone that Ed Sheeran’s head should be put on a spike, even though in real life it would be incredibly horrible and evil.” 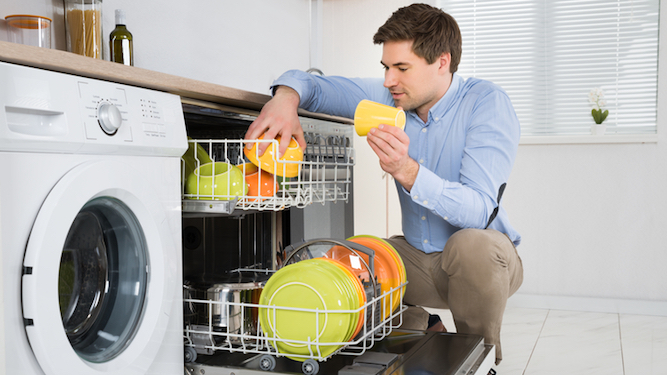 A MAN is in a state of confusion after loading the dishwasher only for his wife to take everything out and put it back in again.

Tom Logan had heroically spent almost 10 minutes on the chore and had just placed the last mug in the rack when his wife Kerry intervened.

Logan said: “It’s like she’d been lying in wait for me to finish loading it up so she could do it all again.

“No sooner had I closed the dishwasher door than she swooped in and started taking everything out while calling me an ‘utter cretin’.

“She then proceeded to slam the dirty dishes down on the work surface really loudly before putting them back in a slightly different order.

“She must really love doing the dishwasher. Or she’s a psychopath.”