The Brexiter's guide to pretending you're not bricking yourself

ARE you a Leaver who’s finally realising Brexit could come crashing down on you? Here’s how to pretend everything’s fine.

Make light of things to a ridiculous degree

Cheerfully say things like “A lot of bother going on with this Brexit, eh?” as if (a) you had nothing to do with it, and (b) you’re talking about some temporary roadworks in your town.

Blame someone else
MPs are to blame for messing up Brexit, right? It definitely wasn’t a fundamentally bad idea with terrible planning, like building your own ‘rocket car’ from an old pram with 500 fireworks taped to the sides.

Go into deep denial
Use the tried-and-tested psychological defence mechanism of denying reality, in the manner of an alcoholic who’s crashed his car again after 22 vodkas but is still just a ‘social drinker’.Keep saying stuff like “This time next year we’ll be doing our own trade deals!” and spend plenty of time in the parallel universe of Daily Telegraph online comments.

Remember the good times
Cheer yourself up by remembering halcyon days of 2016 when you could go to a Leave rally and cheer and wear a red Brexit t-shirt without a care in the world! It felt like those days would go on forever, until it all started going wrong the next day.

Plead ignorance
Popular among elderly relatives who realise they’ve f*cked up. You couldn’t have known Brexit was going to turn into a horrible mess, what with having no access to TV, computers, newspapers, radio, magazines, other human beings, etc.

We're definitely getting our shit together this time, babbles Britain before snorting big fat line of nationalism 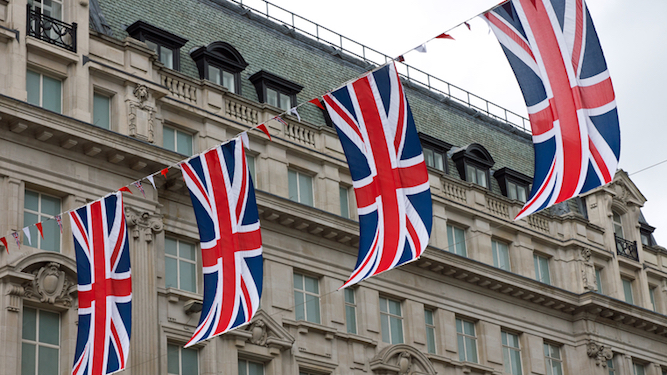 THE UK has sworn to the EU it will definitely take this chance to sort itself out before doing a shitload of nationalism in the bogs.

After begging for one last opportunity to be the rational, serious country it knows it can be, the UK won a three-week extension and celebrated by fucking itself up on patriotism hard.

Britain said: “This time I mean it, I promise. I’ll just do one more bowl of single-handedly winning World War 2 and then I’m on the straight and narrow.

“I admit I’ve gone kind of crazy on the old Union Jacks recently, but it’s been a tough time. I won’t go into it. Just… stressful stuff.

“And I can’t flush all these red, white and blue lines away, they cost me loads. I’ll just get high on them one last time, then I’ll be properly ready.”

Britain then did a large amount of patriotic nonsense before adding: “Fuck, I am out of it! Isambard Kingdom Brunel! We invented the internet, bitches! Bobby Moore! Stand on our own two feet! TAKE BACK CONTROL!”

Germany said: “We all know what the UK is doing in there. It is pitiful. I only hope it doesn’t hit rock bottom, like me that time I don’t like to talk about.”