LAD culture was all the rage in the 90s, but it was harder being a lad than you might expect. Take our quiz and see if you didn’t quite live up to the Loaded ideal.

What were you wearing?

A) All the lad fashions of the time – Ellesse, Fila, pristine Reebok Classics.

B) I had an Adidas tracksuit top, but I just looked like a swimming instructor.

Did you sleep with a lot of women?

A) Yeah. I pulled pretty frequently when I went clubbing. And quite a few of them bore more than a passing resemblance to the Loaded-approved babes of the era: Kathy Lloyd, Kelly Brook, Lucy Pinder.

B) Just my girlfriend. Until she dumped me, signalling the start of a two-year ‘dry spell’. Still, all those FHM swimsuit pictures of Kirsty Gallacher served a purpose during those barren times.

I bet you were really into football, right?

A) Totally, me and my mates were always going to games.

B) Totally. I watched every episode of Fantasy Football League with Frank Skinner and Cambridge Footlights alumnus David Baddiel. Working class culture doesn’t get much more authentic than that.

Did you get into dodgy but hilarious scrapes, like in the classic lad hooligan movie The Football Factory?

A) Ha, I did get off with this woman whose boyfriend was in the Paras. I was shitting myself. Managed to end it amicably without getting my head kicked in.

B) I once threw up all over myself in a pub and had to go home. It was disgusting and really embarrassing. Does that count?

Did you do a lot of drugs?

A) A fair bit. Mainly recreational stuff. Speed, coke, a lot of Es.

B) The small town in Wiltshire where I lived wasn’t exactly awash with class As but you could spend £60 on four White Doves containing so little MDMA you’d get a similar mellow high off a mug of Horlicks. So our main drug of choice was ‘lager’.

A) A continental lager-fuelled odyssey of banter and chat-ups in trendy bars and nightclubs. With end-of-night hi-jinks like Connor chatting up a policewoman. Classic.

B) Sitting in the same regional pub, with the same male mates, talking about work. It wasn’t qualitatively any different to what the puce-faced, 50-something borderline alcoholics at the bar were doing. So really I didn’t need to be a lad at all.

Did you read the lads’ magazines?

A) Yeah, for the babes and fashion. Mainly I was out getting pissed though.

B) Yeah, mainly I read the magazines instead of going out getting pissed. To this day I’m weirdly knowledgeable about ‘lad’ things I’ll never do, like how to fight a timber wolf to the death and driving a Challenger 2 tank.

Mostly As: You really lived the lad lifestyle! You must have been one of the tiny 0.0001 per cent of the population who was a coked-up middle class media wanker droning on about f**king Arsenal.

Mostly Bs: You had the authentic lad experience. It was a lot shitter than nostalgic lads will ever admit and all you’ve got to show for it is a load of extremely mediocre CDs by Oasis and The Farm. 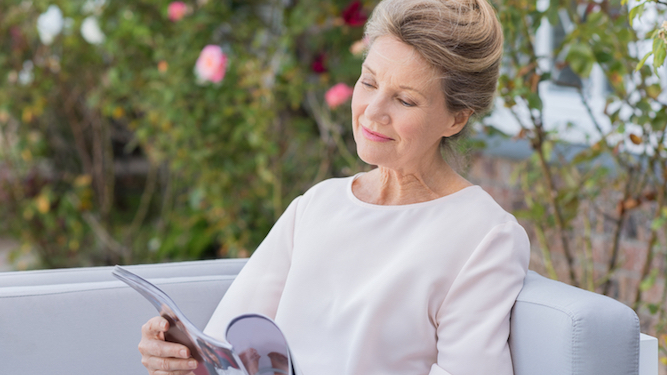 CELEBRATE Boris Johnson being found innocent enough by the Met with today’s historic Daily Mail souvenir special. Here’s a taste of the high-quality journalism it contains.

Boris Johnson is a glorious paragon of a human being who deserves to be revered as a god. That’s according to the glowing editorial in today’s souvenir special, which has a nauseating headline written in a fancy font: ‘Hurrah for British justice! Boris the loveable scoundrel pulls it off again!’

A coupon for a commemorative five pound coin

The Metropolitan Police taking no further action against Johnson is an event you will want to treasure for the ages. And what better way to do that than sending off a coupon for a commemorative five pound coin printed with the prime minister’s smug face? Fill in the details and pop it in the post with a cheque for £25.

A highly favourable rewriting of events

Despite what the Marxist left would have you believe, Boris Johnson didn’t really do anything wrong during the pandemic. All around him people were copping off with their aides, inking dodgy PPE contracts and planning to ambush him with a cake, but Boris is pretty much innocent and a hero to boot. Not even Churchill could have handled it better.

Score-settling with the police

The real villains are the police for having the temerity to investigate Boris Johnson – and YOU the taxpayer paid for it! Scotland Yard should be scrapped immediately and replaced with an armed militia who swear an oath of loyalty to the prime minister, argues Peter Hitchens in an ‘exclusive’ column no one else will print.

That photo of Keir Starmer drinking a beer

The supplement will contain a ludicrous number of references to ‘Beergate’. Britain must never forget that the leader of the Labour Party is cheating justice like his buddy Jimmy Savile. Just because he hasn’t been found guilty doesn’t mean he is innocent. The country deserves better, like Boris Johnson.