ARE you off out with a friend who’s drop-dead gorgeous in a way you will never be? Here’s what to expect when you find yourself playing the ugly mate.

This is your chance to try out the Harry Potter power, but instead of an inherited cloak, it’s your own disappointing appearance that will work the magic. Marvel at how everyone on the dance floor looks right through you. It’s humiliating, but at least they won’t notice your terrible moves – even your distressing twerking.

Your friend’s looks will take you from VIP areas to wanky private members’ clubs to restaurants so fancy there’s no menu. But while your hot mate is lavished with freebies, you’re likely to end up paying your own way, which will leave you skint, unlike your usual Friday night Dr Oetker pizza in front of the telly.

You thought you were cool with your mediocre looks, but as the evening wears on you’ll find yourself adding more and more hair gel and/or eye makeup to assert your existence. By closing time you’ll be getting looks too, but of fear and confusion as you now resemble a cross between Danny Zuko and The Joker.

You’re not usually the type to meet new people, but after an evening being batted out of conversations you’ll be ready to brave a chat with strangers. Who knows, you might even get lucky. You’re not the belle of the ball, but what’s not to love about being the consolation prize?

After hours of consistently being ignored, it’s only natural to start questioning if you do, in fact, exist at all. And if so, what the purpose of that sad existence might be. The only sensible solution is to turn to vodka shots: there’s nothing like vomming in the back of a cab to remind you of the grimy reality of your own physical being. 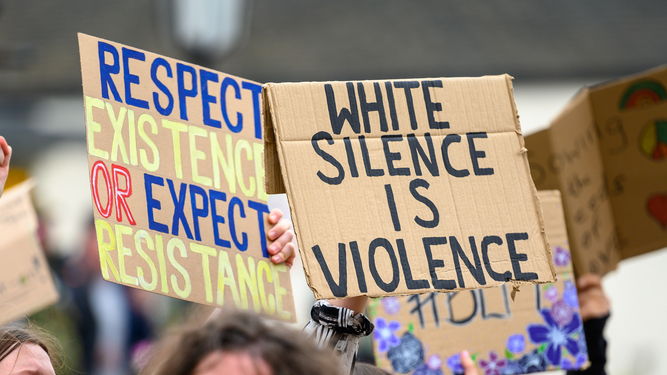 BEING for or against woke is all the rage at the moment. Instead of being reasonable, why not head straight for the demented extremes of the debate?

These should be things that would never occur to any normal person, eg. ‘Why are there so few board games designed for LGBTQ+ people?’ There’s no better way to advance a worthwhile cause than to sound like you’re parodying it.

People on the anti-woke media bandwagon/gravy train ignore actual prejudice, which is inconveniently real, preferring to invent silly examples: ‘How long before people are identifying as a toilet brush?’ It’s like claiming you’re a historian because you’ve written a paper on Noggin the Nog.

Before you came along, no one had ever considered that the British Empire might not be very nice. But thanks to whole minutes of in-depth googling, you can reveal completely undocumented historical injustices like the Opium Wars and society being a bastard to Alan Turing.

Confidently predict the total collapse of normal society due to woke. If you worry your own nonsense might be making you lose your grip on reality, remember it’s an occupational hazard of working for the Telegraph.

‘If you’re not with me, you’re my enemy’ said Darth Vader, who’s not the best role model. Nonetheless, assume anyone not 100 per cent supportive of every aspect of woke is evil and join in every unsavoury Twitter pile-on.

For many anti-woke pundits, woke isn’t anything to do with woke. It’s about keeping the public voting Tory now Brexit is inexplicably losing its sparkle. Don’t expect it to stop until there’s something else to pathetically play the victim over.