Wife delighted to discover husband ended up in nightclub

A WIFE was thrilled to discover her husband ended up in a club after a few post-work drinks escalated to drug taking and dance music, it has emerged.

Sales executive and father of two, Stephen Malley, 46, was due home at 9pm but was still in Pryzm Nightclub enjoying popular house music with strangers till 3.30am.

Wife Laura Malley said: “He said he had a good story about his late arrival home. When I found out he’d been cajoled into trying gak and clubbing by his mates I was falling about.

“Apparently he’s still got the moves and he managed to get a kebab on the way home, which was a final twist I didn’t see coming.

“He lost his phone, which meant I got the full surprise of the story in the morning, absolute genius.

“Ultimately it’s just the tale of a 46-year-old man with responsibilities who was supposed to get up and take the kids swimming just living in the moment but it’s really, really funny too.

“The photos the random people put on his Facebook wall tell the story best.”

Are you wearing a stupid hat? 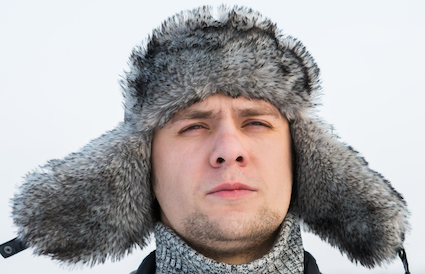 1. Look in the mirror. If your first thought is ‘Jesus, I look like a fucking idiot in this hat’ then you’re wearing a stupid hat. Especially if it has flaps.

2. Did you walk past a homeless man and hear him say, ‘My head’s fucking freezing and I wouldn’t wear that stupid fucking hat.’ If so, then you’re wearing a stupid hat.

4. Is it a flat cap? Unless you’re in a black and white photograph taken in 1934 and now being used to symbolise the North in a BBC Four documentary, then yes, you’re wearing a stupid hat.

5. Do you look like this colossal arse? Then yes, you’re wearing a stupid hat.