Man who likes airports would be okay with fascism

A MAN who has no problem going through airport security would thrive under the Nazis, his friends have claimed.

“He’s also really into being told where to go by disembodied, all-powerful voices, and grassing up anyone who tries to skip the queue.

“When we went to Lisbon last year, his favourite bit of the holiday was being under constant CCTV surveillance at Gatwick. He said it made him feel safe.”

Booker agreed that airports were microcosms of the kind of society he wanted to live in, where everything was safe and controlled and he was never more than three minutes away from a Costa Coffee.

He said: “Airports are basically heaven, with that gorgeous smell of duty-free perfume and bleach. In an airport, everyone is free to follow orders and get bodyscans, and if you do anything wrong, you get immediately arrested, which is great.

“I’d like to work in airport security. I think I’d be really good at it.”

Man stops eating when he is full 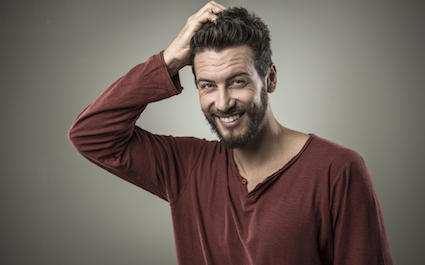 A MAN has enjoyed just enough food and is not going to eat any more until the next meal, it has emerged.

Wayne Hayes got three quarters of the way through a ready made lasagne and decided to leave the rest because he ‘feels pleasantly full’.

Hayes said: “It’s very strange, but for some reason I haven’t forced down the last couple of mouthfuls and scraped every last molecule of cheese off the packaging. And I’ve barely even thought about the six pack of chocolate mousses in the fridge.

“If I stop eating when I’ve had enough, I could go to bed without that bloated, sick and flatulent feeling I have every other night of my life.

Professor Henry Brubaker, of the Institute for Studies, said: “Stopping eating when full goes against every natural male instinct, but it is possible.

“The key thing is to stop believing that eating food is a test of your masculinity.”