'You scrub up nicely' not a compliment, idiots told

‘YOU scrub up nicely’ actually means ‘normally you look pretty shit’, recipients of the ‘compliment’ feel.

The Institute for Studies found that on closer examination the phrase suggested someone was grubby and unpleasant to look at most of the time.

Professor Henry Brubaker said: “On the surface it may seem like a compliment, but it’s actually what we lexicologists call a ‘bitchy backhanded smackdown’.

“If we break down the words used, ‘scrub’ implies that the rest of the time you are disgusting and unwashed. In fact so filthy you can’t just bathe or shower, but need to actively ‘scrub’.

“Nor is it a compliment about your current appearance. You scrub up ‘nicely’. Not ‘beautifully’ or ‘wonderfully’, but ‘nicely’.

“Nobody wants to be told they look ‘nice’. ‘It was nice’ is what you say to a friend who’s cooked you a meal when really you mean ‘bland and actually quite horrible’.”

Nikki Hollis, who recently received the compliment at a family gathering, said: “I’m devastated to hear that people think I’m usually hideous but can look sort of OK if I clean myself up.”

David Davis to use SAS skills in Brexit disagreement 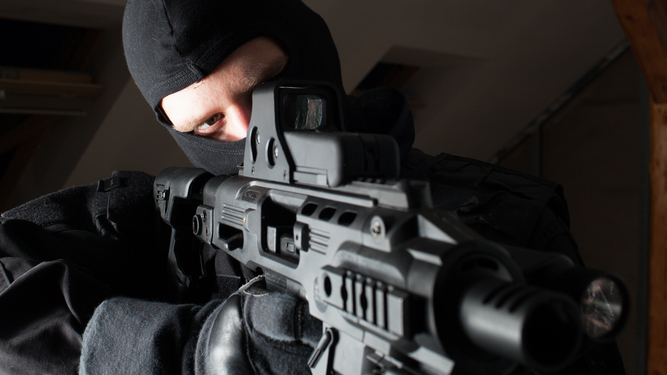 DAVID Davis plans to halt publication of the government’s Brexit white paper by using his SAS experience to swing through a window on a rope.

After a disagreement over customs plans, the Brexit minister and former Territorial SAS trooper will assault the final meeting about the document, ‘taking out’ cabinet colleagues if necessary.

Speaking from the roof of 10 Downing Street and wearing a balaclava, Davis said: “The time for talk is over. I’m a man of action, despite sometimes giving the impression of being half asleep.

“At 11.10am exactly I’ll give myself the ‘go’ signal by closing my fist, then rappel down the building and smash through the glass feet-first.

“Then I’ll tuck-and-roll into the room, drop a couple of smoke grenades, fire a three-round burst into Michael Gove’s chest, grab the white paper and get the hell out.

“After that, with Brexit negotiations firmly in my control, I’ll write a best-selling series of books like Andy McNab. I’m going to call the first one Who Davids Wins. That’s a great title.”

Davis is currently in hospital due to cocking things up as usual and having to be cut free by the fire service after impaling his foot on railings.