BRITAIN is almost at the stage where it could imagine feeling pity instead of visceral loathing for Kelvin McKenzie.

McKenzie attacked Channel 4 News for using a female Muslim reporter in a Hijab to cover the Nice atrocity, even though no-one else cared.

He actually wrote the following sentence: “Was it appropriate for her to be on camera when there had been yet another shocking slaughter by a Muslim?”

Tom Logan, from Stevenage, said: “That’s like stripping naked, covering yourself in dung and running down Oxford Street.

“You think, ‘that’s not nice, people shouldn’t have to see that’, but you also think, ‘poor bastard – how did he end up like that?’.”

Emma Johnson, from Hatfield, added: “Almost pity, but still mainly wanting him to be dragged away by a giant eagle and fed to its massive chicks.” 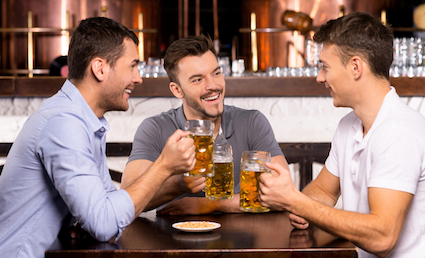 THE vast majority of the UK’s ‘banter’ fails to meet basic levels of pithiness, experts have revealed.

The Institute for Studies found that instead of witty verbal sparring most ‘banter’ consisted of unimaginative insults, normal conversation or simply random words.

Professor Henry Brubaker said: “Britons claim to love ‘the banter’, so we were expecting everyone to be constantly trading quick-fire zingers like an episode of Will & Grace.

“After spending two years analysing banter from around the UK we found very little of it rose above the level of ‘Alright Tony, you wanker’.

“Many people believed banter was simply talking to your mates, as with a group of lads from York who described their mundane conversations about work and exercise as ‘classic bantz’.

“Others thought banter was charmlessly insulting people, which is confusing because you don’t know if someone’s being friendly or wants to fight you.”

Office worker Martin Bishop said: “We have some top banter here. I always wind Steve up about being late for work, even if he’s not, and he comes right back at me with something hilarious like ‘You irritating prick, Martin’.