Cat not ready to put a label on your relationship

A CAT whose devoted owner would lay down her life for him does not want to spoil things by labelling them.

Black-and-white tabby Fitzgerald has been living with Lucy Parry for two years but believes they should just keep their relationship fun.

He said: “I’m not a fur baby so much as a fur buddy, you know? Why feel pressured to go exclusive when this is working for us both?

“Sentimentality isn’t really me. To me, home is where I sleep, eat and shit in a box in the kitchen.

“I’ll cuddle with Lucy and I still spontaneously bring her dead birds but I’m just not a fan of saying we’re ‘definitely this’ or ‘definitely that’. We’ll see how it goes, yeah?

“I’m only young, I’ve got nine lives ahead of me and I could see myself ending up with her at number 16 instead. She lets me crap in the rose bushes.”

Lucy said: “He’s my little prince. I can’t imagine life without him. I’m smitten. And the way he looks at me when he wants feeding, I know he feels exactly the same way.”

Prince William at 40: what a waste of a life 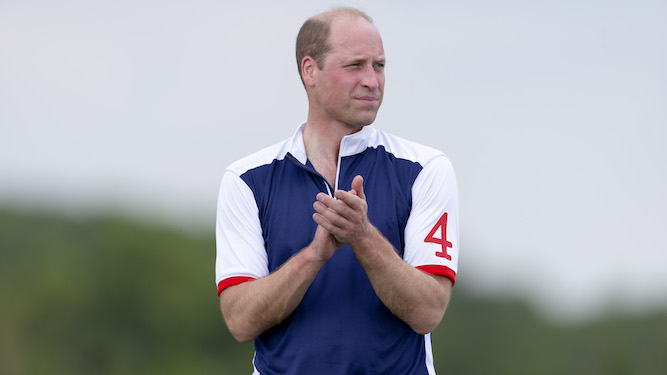 PRINCE William turns 40 today, and have four decades on this earth ever been so squandered?

1982: Born 11 months after the Royal Wedding in a desperate attempt to fix his parents’ failing relationship. Immediately handed to a nanny.

1983: Visits Australia and New Zealand for first time and told they are his and he can do whatever he wants with them if he just stops crying.

1990: Sent to boarding school where he will remain for the next ten years, in a fantastic example to the nation of how to throw money at child-rearing.

2000: Spends gap year working on dairy farms, teaching children in Chile and learning Swahili. Fails to attend a single Goan full moon party ripped to the tits on E or to catch an STI off an Australian girl in the back of a VW Campervan on the Gold Coast.

2001: Attends St Andrew’s University to study the traditional thick posh person’s degree, History of Art, which proves too challenging so he switches to Geography. The most expensive education possible earns him a 2:1, the same as a weed-smoking comprehensive student from Mansfield.

2003: Meets girlfriend at university. Like any student couple, they move in together with a couple of housemates on the 400-acre Strathtyrum estate and leave nasty notes about the cleaning rota.

2006: Joins Army after proving unemployable in any other field. Learns to fly a helicopter with a co-pilot. The extent to which he is pulling levers unconnected to anything remains unconfirmed.

2011: Marries the first girl who let him to fourth base. The nation is compelled to rejoice. Already obviously balding. Realises at altar her sister has the better arse.

2012-2018: Produces three children, the first of which is his own replacement. Photos from the period show the dull realisation dawning that the good bit is over.

2018: Brother gets married to an objective improvement on his own wife. Not jealous at all, but within the year hundreds of vile stories have leaked to media, the brothers fall out, and the younger, more dynamic one goes to California. Counts this as a win.

2022: Turns 40. Still same distance from throne as 40 years earlier, having achieved nothing. Sells Big Issue with all light gone from eyes.