THE unrepentant owner of a Samsung Galaxy Note 7 has said he has lived by the phone and so is not afraid to die by it.

Nathan Muir, who favours the Note range because they are much larger and therefore better than other smartphones, is ignoring advice to turn it off because that would be like death anyway.

He said: “I’m on my phone in the car, in the office, on the train, in bed, in the fucking shower mate. If it goes so do I.

“I always knew the mobile would kill me one day, but I thought it would be something more lingering. An exploding head more than I could have hoped for.

“I love this phone more than I ever loved my ex-wife. I won’t abandon it. Like that Smiths song, ‘to die by your side what a heavenly way to die’.”

Muir added: “Switch to iPhone? You taking the piss? Battery life’s a joke.”

You definitely voted to lose £66 billion a year, May tells Britain 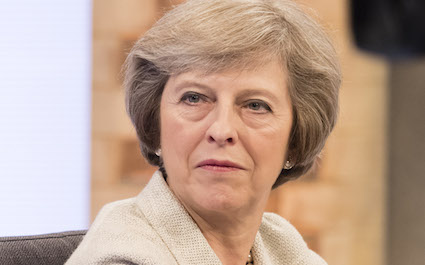 THE prime minister has told Britain it knew full well it was voting to shrink its economy between 5 and 10 per cent, so no further debate is required.

Theresa May added that mass unemployment, segregation of population by national origin and a nosediving pound were all “pretty much on the ballot” so parliamentary debate was unnecessary.

“They voted to leave the single market, to accelerate the break-up of the UK, and for the construction of a new royal yacht, so any further consultation would be a slap in their patriotic faces.

“All these whiners claiming they did not necessarily choose to crash our economy and never have a foreign holiday again are a mere 48 to 70 per cent of our population so can be cheerfully ignored.

70-year-old Eleanor Shaw added: “I voted for golliwogs not to be racist anymore. Has that happened yet?”