NASA chief Julian Cook said: “I faxed David our findings last night, he was satisfied that life on Mars is at least vaguely possible and we should now crack on with ‘Where were the spiders while the fly tried to break our balls?’ and ’Is it any wonder that I reject you first?’

“We’ve already sent a high-ranking military officer called Tom into orbit and asked if he can hear us. Plus I told David the other week that I do occasionally wonder about sound and vision.

“But there’s still a good 45 years of musical inquiries to tackle, so I’ve assigned each staff member a song and told them to get on with it.”

Scientist Eleanor Shaw said: “I’m supposed to be doing Magic Dance off the Labyrinth soundtrack, but Bowie pretty much answers all the questions in that one as he goes along. 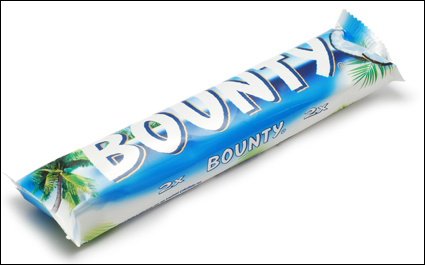 The two products are identical except for the name.

Marketing consultant Julian Cook said: “Bounty bars are perceived as something someone’s mum might treat themselves to at Christmas. Also the tropical aspect has a bit of a ‘divorced woman on holiday looking for cock’ vibe.

“However there’s a lot of men out there keen to each mulched coconut without compromising their masculinity.

“Bounty Hunter sounds cool and macho, like something an MMA fighter would eat.

“Whereas Bounty sounds like an Italian film from the fifties, probably with Sophia Loren as a beautiful housewife who longs to kill her philandering husband with a coconut.”