SCOTLAND is to be compared to African countries for the next four years after another dismal display against its European counterparts.

European Union officials say there is no longer any point including Scotland in economic and social studies and that the country needs some time in Africa to 'regroup'.

An EU spokesman said: "Scotland is now so far behind the developed world that comparisons with Zimbabwe or Kenya may be more relevant."

But First Minister Alex Salmond was upbeat, insisting a few years in the African league tables would boost Scottish confidence.

Meanwhile Midge Ure and Bob Geldof are planning a ScotAid spectacular to raise awareness of what Geldof described as, "Scotland's unremitting shitness".

The campaign will include a cinema advert starring George Clooney and Kate Moss clicking their fingers, and the message: "Every three seconds another Scottish person under the age of 30 applies for incapacity benefit."

Salmond said: "With the exception of the East End of Glasgow, we are already in the top ten for life expectancy.

"But we can learn a lot from Africa, particularly when it comes recruiting young people into the armed forces and tackling obesity." 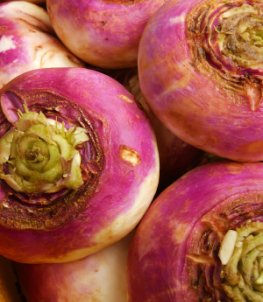 THOUSANDS of Canadians will be forced to move to Scotland under SNP plans to reverse the Highland Clearances.

Following an agreement with the government in Ottowa, Canadians of Scots origin will be forced at gunpoint onto a fleet of ships bound for the Old World.

It's the latest policy reversal by the new SNP government, which has seen the building of a state-of-the-art accident and emergency department in every driveway and the overturning of Scotland's 2-0 home defeat to England in the Euro 2000 play-offs.

Wendell Maclean, a dentist from Winnipeg, said: "I make $200,000 a year and own a golf-condo in Fort Lauderdale.

"I have to give all that up for a four-acre turnip field and a shed made of dung in some place called Ardnamurchan."

He added: "I've never been to Scotland before and I don't know anything about the place, other than the fact that they are world class bagpipers and are at war with the Dutch."

A Scottish government spokesman said: "The Highland Clearances were the result of top-down decision making that did not have the support of local communities.

"This will give a tremendous boost to national turnip production and reinvigorate the Highland dung processing industry."

The Canadian government signed the deal after Scotland promised to share its cutting-edge bagpiping technology.