12 things that make Manchester better than pretty much anywhere

1. It, obviously, has the best bands. Sorry Glasgow and wherever else bands come from.

2. Even if sometimes other cities’ bands are better, Manchester’s are harder. Imagine if Blur vs Oasis had been an actual fight.

3. Even when Manchester’s bands are not hard, like The Smiths, they are definitively, groundbreakingly not hard. Coldplay dream of being as not hard as The Smiths.

4. It rains all the time, meaning you can’t go out, meaning there’s nothing to do but stay in and get caned and mess around playing music, which eventually leads to the formation of the best bands that play the best music as in point 1.

5. On days it doesn’t rain, the city holds what amounts to a spontaneous all-day carnival of outdoor drinking, dining and public semi-nudity.

6. The city’s Asian population is so deeply assimilated in Northern culture that to hear one ordering a chip barm is a thing of transcendent beauty. Though do not say so, or you will be called a Southern twat.

7. What’s wrong with rain, anyway? Afraid of a bit of rain, are you? Worried it’ll ruin your hairdo?

8. You can still have a flat in the city centre without being an overseas investor, an arse working in finance, an arse git working in the media, or just an arse.

9. London is mainly posh bits held together by rough bits pretending they’ll be posh soon. Manchester has about four posh bits and everyone laughs at them.

10. Trams are better because you can see out of the windows. It’s not complicated.

11. Manchester manages to keep up vicious and bitter rivalries with both Liverpool and Leeds while maintaining a healthy level of contempt for London.

12. Get out there, it’s not even raining that hard. Put your hood up. Stop being soft. 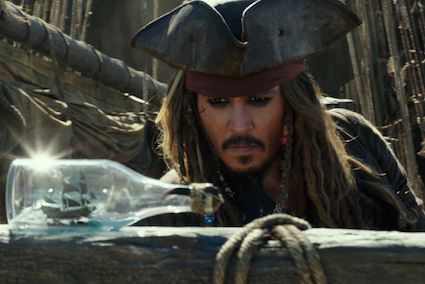 THE latest Pirates of the Caribbean film has been praised for recreating the boredom and restlessness of 18th Century sea voyages.

Historians confirmed that Dead Men Tell No Tales gives a genuine sense of what it was like to spend months at sea with nothing of interest happening.

Naval historian Roy Hobbs said: “With nothing to do except check rigging or play cards, sailors would often go to sleep just to kill time, which is exactly what I did halfway through. It’s less of a film than an interactive history experience.

“On deck they would have constantly talked shit to stop themselves going mad from staring at miles of featureless ocean.

“It’s incredibly brave of Disney to opt for a realistic approach when they could have made a highly lucrative film that people really enjoyed, like the first one.”

Cinemagoer Nikki Hollis said: “It’s all superhero films at the moment so it’s great to see some gritty realism. I expect in the next one Captain Jack will do an inventory of the biscuit rations and dried meat.”