Cuts mean army can do lots of other 'police stuff', says May

THERESA May has confirmed the army will increasingly ‘stand in’ for the police while reassuring Britain that it is ‘totally fine’.

The prime minster said that cutting police numbers by 20,000 meant the army could ‘have a go’ at investigating petty crime, providing everyday assistance and ‘maintaining order’.

She said: “It’s all just people in uniforms. Throughout history lots of other countries have used soldiers instead of police. Stop making a fuss.”

Soldier Tom Logan said: “I have no experience of investigating break-ins, so what I’ll probably do is point my gun at people and ask them if they did it.” 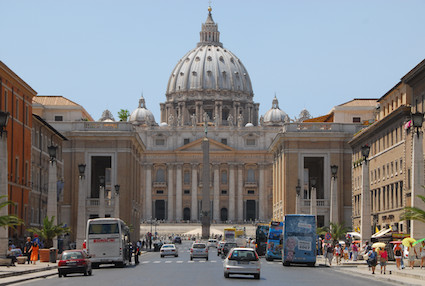 DONALD Trump has dismissed the the Vatican as ‘low rent’ and told the Pope to spend some money on it.

On a visit to Rome the US president said the Pope’s headquarters made him feel like he was in a two-star motel with a vending machine in the lobby.

He said: “The dome is a bit small and this ceiling looks like it was done by an amateur. I’ve never heard of ‘Michael Angelo’, but he won’t be getting a call from me anytime soon.”

He added: “Pope, you need to give this place a bit of class.”

Pope Francis told Trump: “I really hate you. And so does Jesus.”