A STICKER saying a car contains an infant can stop people deciding to drive into the back of it, it has emerged.

28-year-old motorist Tom Logan was about to drive his Volkswagen into the back of a car purely for amusement value, when he noticed a ‘Baby on Board’ notice.

He said: Like so many drivers, I like to crash into other cars on purpose and for no reason.

On this particular occasion I was returning from work in a bit of a crashy mood, and resolved to smack my vehicle into the rear of the car in front of me quite hard.

However just as I began accelerating with a glazed look in my eyes, I spotted the bright yellow sign.

“Realising that a car accident would at the very least have woken a baby from its slumber, I was able to swerve off course in the nick of time towards an oncoming lorry which did not appear to contain babies.

Both vehicles were written off, I got the collision I’d been hoping for and no babies were disturbed in the process.” 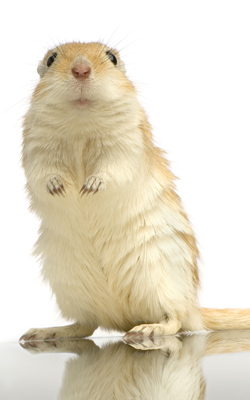 A GERBIL forgotten by its owners survived by establishing a thriving online business selling self-tapping screws, it has emerged.

The male rodent, who has never really had a proper name but was most commonly called Gerby, was left entirely to its own devices after its two child owners lost interest within a fortnight.

Housewife Emma Bradford, who gave Gerby to her two children after months of pestering, said: After the kids stopped playing with it, I’m ashamed to say I just forgot the gerbil was up in the loft.

After several months of having our minds on things not involving the gerbil, we started to hear odd sounds coming from upstairs, it sounded like forklift trucks and large boxes being unpacked.

You can imagine my surprise when I discovered the room had been transformed into a neatly ordered warehouse with a team of four full-time pickers and packers successfully co-ordinated by Gerby.

Gerby said: I got to a stage where there had been no food or water for four days. I was trapped and helpless, like James Caan in the film Misery.

Having gotten thin enough to slip through the bars of my cage, I found the stairs were too steep to negotiate but there was an old PC in the loft.

I managed to turn it on, realising that my only hope for survival lay in online retail.

From there things just kind of grew organically.