NEIGHBOURS who borrow each other's gardening equipment will have to be registered with the National Lawnmower Sharing Agency, it emerged last night.

The government is to introduce tough new regulations after a police officer from Milton Keynes loaned her colleague a Flymo Vision Compact 380 without telling anyone.

Detective constable Mandy Cook, said: "My friend Emma mentioned that her grass was getting a bit long, but her lawnmower wasn't working.

"At that point I may have said something like 'why don't you borrow mine, it's really good, but make sure you keep the cable well out of the way'.

"She accepted my offer, telling me not to worry as she would be very careful, before adding that she would be more than happy to give me a loan of her garden strimmer, which she subsequently did.

"I think she had my lawnmower for just over a week and cut her grass twice, and I had her strimmer for a fortnight during which time I used it to do some edging around my greenhouse and attack a local child. I had no idea we were breaking the law."

A spokesman for the Department of Lawns said: "Grass is this country's most precious resource and we cannot allow it to be cut by people who may be dangerously underqualified.

"If lawnmower sharing is unregulated then tens of millions of lawns are going to end up being cut at the wrong height. In the worst case scenario, some may even end up having slightly irregular patterns and at that point someone is, inevitably, going to die."

He added: "The last thing we want to do is come across as heavy handed but if your name does not appear on the National Lawnmower Sharing Database you will have to sign the sex offenders register and we will give your lawn to some social workers."

Brown Really Should Be On Prescription Painkillers, Says Britain 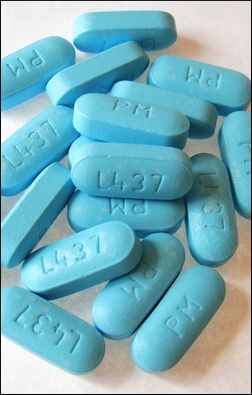 BRITAIN would be significantly better off if Gordon Brown had been on prescription painkillers for the last few years, it was claimed last night.

As the prime minister was forced to deny rumours about his health, taxpayers said they failed to see how being governed by a man with an insatiable appetite for happy pills could possibly have made things any worse.

Tom Logan, a former sales executive from Finsbury Park, said: "If only Gordon Brown had devoted the last 12 years to sourcing painkillers and then guzzling them down like Smarties, the chances are he would not have had the time or energy to completely ruin my life."

He added: "And if he had been a raging drug addict then at least he would have had a valid excuse for all the lying and stealing, instead of just being a thief."

Margaret Gerving, a retired headmistress from Surrey, said: "As a former painkiller addict I would say to the prime minister, 'try and get your hands on some of those little blue ones. You'll feel like you are floating on a sea of jam and the sex is fantastic'."

Gossip about the prime minister has been swirling around Westminster for weeks, including a persistent rumour that he can no longer see where he is going because he insists on walking around with a wastepaper basket on his head.

Another suggests Mr Brown believes he is a man inside a chicken suit inside a Gordon Brown suit, while London dinner parties are buzzing with claims that the prime minister is, once again, convinced he is Spiderman.

But yesterday the people at Westminster finally decided to let everyone else in on it as the BBC's Andrew Marr asked Mr Brown: "A lot of people in this country like to remove their trousers and underpants and then rub their bare bottoms along the carpet. Are you one of those people?"

A clearly uncomfortable Mr Brown dismissed the accusation, adding: "That's not the sort of question you should ask someone with a strange sixth sense who can scale tall buildings and fire sticky webbing from his wrists."

Meanwhile Lord Mandelson has hinted he may be willing to work for a future Conservative government in an unofficial role such as yacht wrangler, mole strangler or top secret deputy prime minister.

A friend of the business secretary said: "Peter has to have a title because without one he quickly reverts to being a long, perfectly manicured streak of absolutely fuck all."