In the traditional eve-of-major-report shouting ritual, professional and amateur opinion-havers made one last bid to silence their opponents’ views on free speech.

The media bullshit, led by News International, the Daily Telegraph and the Daily Mail, is focused firmly on the phrases ‘300 years’, ‘state-control’ and ‘worse than the French’.

But this has also been combined with a thinly-veiled threat to MPs tempted to vote for new regulation that they will have their fucking lives turned upside down.

The pro-regulation bullshit is a diverse collective of fancy writers, self-loathing Guardian readers and the adulterous croquet-player John Prescott.

They have rallied round the phrases ‘Murdoch’, ‘Murdoch’ and ‘Thatcher’.

Meanwhile, some of Britain’s most trusted and intelligent actors have called for tough regulations, a state-of-the-art trailer and £2m to play themselves in the Sam Mendes adaptation of day 14 of the Leveson hearings.

Media analyst Julian Cook said: “Like all proper British debates about important things, press freedom must be decided on the basis of vested interests, ulterior motives and dimwitted tribal nonsense.

“Otherwise how on earth would we get it completely wrong?”

'Sports' and 'personality' not really compatible 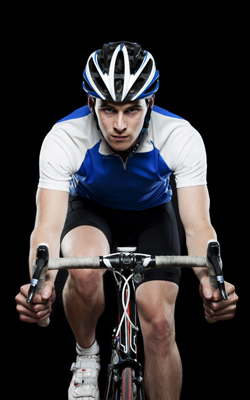 BEING really into sport and having a personality are two quite different things, the BBC has finally realised.

The corporation has been searching unsuccessfully for a corporate-sponsored, obsessively perfectionist streak of sinew who is also tremendous fun.

A BBC spokesman said: “Maybe training 20 hours a day while living on water and protein bars isn’t how witty individualists are made.

“For example, Oscar Wilde was probably pretty shit at triathlon. And I doubt Jeffrey Bernard was a tremendous sprinter.

“I guess we’ll just have to – for the millionth time –  give the award to someone whose favourite film of all time is Titanic.

“I don’t think we’ll be doing this charade again next year.”

Frontrunners for the award include Jessica Ennis, whose hobbies include chilling out, Andy Murray who is Scottish and Bradley Wiggins who has sideburns.

The spokesman said: “Wiggins is leading the pack right now because he said ‘wankers’ twice. Once in April, then again in August.”