THE 50p tax rate has been hailed as a success after thousands of ghastly millionaires fled Britain like it was on fire.

The rate, brought in by something called Gordon Brown, was designed to rid the country of wealthy people and make Aston Martins and Kensington town houses more affordable for average income families.

But while the price of supercars and central London real estate remains stubbornly high, experts said Britain is at least free of millions and millions of third-rate pounds.

Julian Cook, chief economist at Donnelly-McPartlin, said: “Also, the government does not have to waste time deciding how to spend the £7 billion that would have been raised had the rate been left as it was. It’s a win-win.” 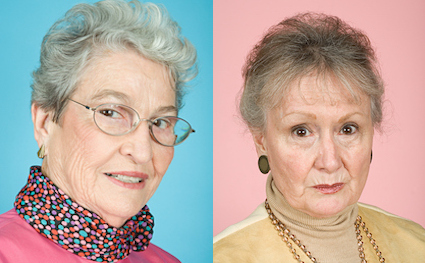 ELDERLY women across Britain are preparing to assert ‘alpha nan’ status over the family’s other grandmother.

With Christmas imminent, the annual ‘two nans in one house’ situation is set to bring thinly-veiled hostilities between the geriatrics.

Professor Henry Brubaker of the Institute for Studies said: “If there’s one thing nans hate more than foreigners, it’s other nans.

“You cannot put two nans together without a dynamic emerging. At first they will pretend to ignore each other, assessing their counterpart’s weaknesses.

“Then the more physically able nan will start to patronise the frailer, saying things like ‘do you need a hand to cut up your food, love?’ and ‘I’m glad I can still go to the toilet on my own’.

“When nans meet it’s like Highlander – there can be only one.”

89-year-old Margaret Bradford said: “My daughter-in-law’s mother is a right stuck up cow and her dentures look like they were made for a buffalo.

“Wouldn’t it be a shame if she met with a little accident involving some slippery gravy that had somehow found its way on to the floor?”