Colin Baker to be Doctor Who again 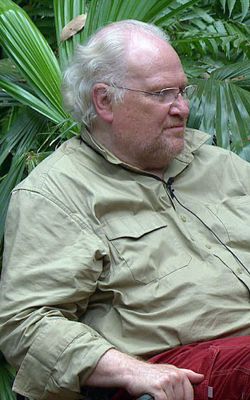 COLIN Bakers appearance on Im A Celebrity has prompted BBC bosses to bring him back as Doctor Who.

The actor, who is the second most popular person with the surname Baker to play the Doctor, will return in a story entitled Anuses of the Fendari.

The specially-written tale sees Doctor Who leading a tribe of dysfunctional, self-absorbed rebels living on a forest planet ruled by two evil midgets.

Doctor Who producer Steven Moffat said: Recent series have been praised for their high production values, but what viewers really want is Colin Baker poncing around with monsters that look like colostomy bags with faces drawn on them.

“He will be accompanied on his adventures by a very attractive young female who sees the doctor as a ‘sexy grandad’ figure. I think that’s a very interesting relationship of the type rarely explored in family television.

“Oh, and when he dies he’ll regenerate as Sylvester McCoy. It was the McCoy era that really got me into all this, especially the story where there’s a villain made of liquorice allsorts.”

Colin Baker said: Hopefully this means no more appearing at conventions, answering questions like Has the Tardis got a kitchen?

Id be the first to admit that I am somewhat plumper than I was in the 1980s, but the producers will overcome this by only using monsters that move very slowly.