Britain Looks To Next Generation Of Insurance Fraudsters

BRITAIN was last night pinning its hopes on the next generation of fraudsters, after the latest failure to con a large financial institution with a fake death scam.

As John and Anne Darwin were jailed for six and a half years, millions of Briton were asking who would pick up the torch and finally succeed in quitting the rat race with a million pounds, a first class ticket and a false beard.

Tom Logan, an insurance fraud consultant, said: "The Darwin plan had a lot going for it. I loved the battered canoe and secret bedsit. And of course the choice of Panama was a classic.

"It's just a shame they were such a pair of complete of fucking idiots.

"But what they have done is provide a road map for the next generation of insurance fraudsters. It's a map that says 'do not go this way, it is the wrong way'."

Mr Logan said being lost at sea, or the jungle, remained the best starting point, though would-be fraudsters should now look for a country that is not 'pernickety' about visas, but still has a decent standard of living.

"I suspect Vietnam will be the new Panama of fake death scam hideouts."

He added: "Some say insurance fraud is a victimless crime but I say no – the victims are actually vast, soulless corporations that would gleefully sell you to Chinese pirates for 20p.

"There are victims, and they fucking deserve it." 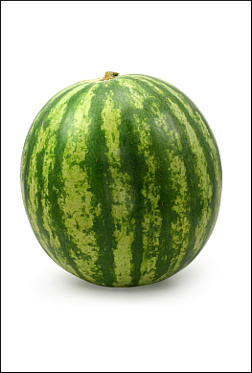 A 75 year-old widower from Suffolk is believed to be the first man in the UK to leave his entire estate to a watermelon.

Retired company director Denys Hatton died of heart failure in May, just two months after buying the watermelon and moving it into his five bedroom home in the quiet village of Framsden.

Despite protests from relatives, he changed his will leaving the house, a 25ft sailing boat and £750,000 in cash to the hefty Spanish fruit.

Mr Hatton's granddaughter, Elaine Watson, said: "He read something in the Daily Mail about how to improve your sex life.

"He phoned me up and said 'meet me at Waitrose in half an hour, I want you to help me choose a watermelon'.

"Once we'd got it home he went straight into the kitchen, picked up a sharp knife and a spoon and disappeared upstairs.

"I then heard a lot of whispering followed, a few minutes later, by him shouting 'thar she blows!'.

"He came back down stairs with a huge smile on his face and said, 'I've decided to call it Susan. Whether you want to call it grandma is entirely up to you'."

Mrs Watson said her grandfather quickly became infatuated, introducing the 3kg fruit to his friends at the golf club and planning a summer trip to Provence.

She added: "I kept telling him, 'Grandad you're supposed to eat the watermelon'.

"I've got nothing against her personally, I think she's a lovely piece of fruit, but she did take advantage of a vulnerable old man."