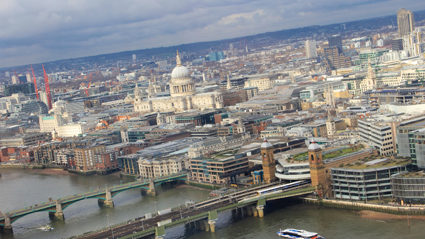 BRITAIN just isn’t homely and hasn’t been since the late sixties, it has emerged.

New research has confirmed Britain as ’somewhere you might go on holiday but not a place you’d want to live’.

Sociologist Mary Fisher said: “It’s alright, but a bit corporate and sterile. Like a massive Travelodge hotel room with fields in it.

“I quite like London, in a kind of expensive tourist trap hell hole kind of way. Wouldn’t want to raise any kids there though.”

Briton Tom Booker said: “I recently went to Berlin. It was cheap, the people were friendly and I didn’t have to look at George Osborne’s face.

“As soon as I got back home I thought, ‘Britain really is a shit hole’.

Mary Fisher added: “If Britain was a sitcom character, it would definitely be Rigsby from Rising Damp. Aspirational, clinging to the past and always wanting more money from you.”

Skinny jeans make mum feel like a teenager again, except with numb legs 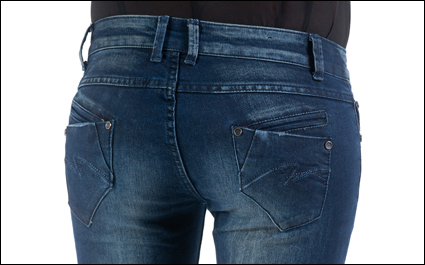 42-YEAR-OLD Donna Sheridan still fits into her old skinny jeans apart from being unable to inhale or to feel anything in her legs.

Mother-of-two Sheridan said: “I’ve had these jeans for years now and they still slip on relatively easily, after only an hour or so of violent yanking in a shoulder-stand position.

“My feet are a bit tingly and swollen and I can only move by keeping my legs dead straight and swinging my hips, but otherwise I’m good to go.

“They’re so comfortable. They give me the relaxed, casual feeling of a massive snake swallowing my lower body.”

Doctors have warned about the dangers of excessively tight legwear, suggesting that skinny jeans should carry a warning label explaining one of the basic laws of physics.

Professor Henry Brubaker of the Institute for Studies said: “We just need a little tag saying something like ‘things do not fit inside things that are smaller than themselves’, possibly with a picture of a water buffalo failing to get into a Ford Ka.

“They are particularly unsuitable for men with legs the shape of men’s legs.”