Britain Now Entertained By Absolutely Anything

BRITAIN is now easier to entertain than a two month-old baby or a chimpanzee, it was confirmed last night.

The country set a new threshold for boredom as 14 million people bounced up and down in their chairs at the sight of a breakdancing teenager.

Tom Logan, a sales executive from Reading, said: "I knew he was going to do some body-popping, but you just assume he'll go for Herbie Hancock, or maybe Chaka Kahn.

"But then he only goes and does Singin' in the Rain. And then they only go and soak him while he's doing it. I was so entertained I couldn't sleep."

Those who were not comprehensively transfixed by the moist breakdancer surrendered three hours of their lives to a programme devised by Andrew Lloyd Webber.

BBC's You'll Watch Anything was won by whoever did the least awful impersonation of that woman from Oliver! whose name no-one can ever remember.

Hilary Barnes, a consultant physiotherapist from Swindon, pointed at her copy of the Mail on Sunday, screaming: "Oooh! Ah, ah! Eeeh, eeeh, eeeh!"

The BBC has now overhauled its autumn and winter schedules to consist entirely of members of the public and their pathetic attempts at tap dancing.

Meanwhile those who were not watching television devoted their Saturday night to getting drunk on a dangerously crowded train. 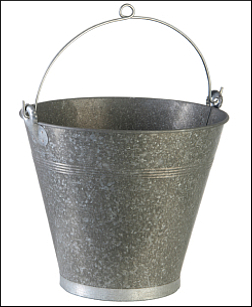 FERN Britton has launched a new weight loss programme based on a strict combination of fruit, pilates and six hours of major abdominal surgery.

The host of ITV's This Morning has already shed five stone thanks to a new diet and exercise regime which is complimented by the removal of 18 foot of large intestine.

The former wrestler now starts each day with a bowl of Special K and half a dozen sit-ups, while lunch is either a light salad, a suckling pig or a wheel of cheese.

Dinner is grilled white fish or a medium-sized pony, after which doctors open her up and remove it all with a trowel.

The presenter said her new book and DVD, Whip Your Guts Out with Fern, would 'explode once and for all' the myth that sustained weight loss could be achieved by eating less and exercising more.

Admitting that she still likes to spend a few hours a day with her 'inner fat person', she added: "Advertising low fat snacks can only get you so far.

"Instead of faddy diets or the latest Californian exercise machine, just tile one of your guest bedrooms from floor to ceiling and have your bowels emptied by the best surgeon you can afford.

"Most days they're scooping out at least a couple of bucketfuls. And remember – those buckets were heading straight for my thighs."