Children Admit To Being Little Shits

MORE than 90% of British children are unbearable little shits, according to new research.

In a survey of 3,000 school pupils, nine out of 10 said they were an annoying little shit at least twice a day, while three-quarters said they enjoyed it more than chips.

Teachers' leaders said they were not surprised by the figures as they have been stressing for years just how awful children really are.

A National Union of Teachers spokesman said: "Seriously, they are unbelievably ghastly and dreadful."

Wayne Hayes, a 12 year-old from Watford, said: "I like to ride my bike in a zig-zag motion in front of drivers and then, when they finally get past me, I like to give them the finger and call them wankers."

He added: "I have been alive for more than 12 years and have therefore earned the right to do whatever I want."

His classmate, Nathan Muir, said: "I like to write my name on other people's property, especially if it's brand new. I also like to get drunk and fire my airgun at cats."

Professor Henry Brubaker, director of the Institute for Studies, said: "For years we have struggled with the question of why juvenile behavioural standards have deteriorated so significantly.

"It turns out it's because they're a bunch of little shits."

Millionaires Give Each Other Awards For Dressing Up 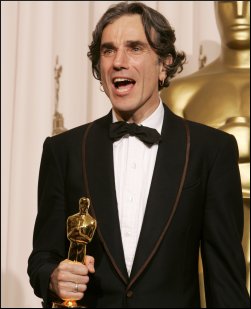 IT is the biggest, most glamorous night of the year. It is the night when millionaires give each other awards for dressing up and pretending to be someone else.

The night belonged to the Coen Brothers, Bert and Arthur, who shared the award for Best Person at Showing Other People How to Dress Up.

They were also named as Best People At Writing Instructions for How to Dress Up, as well as the night's big prize of Best Pretend Thing.

Daniel Day Lewis, who won the award for Best Man at Dressing Up, said: "I feel privileged, humbled and unworthy to be in the company of some of the best men who have ever dressed up and pretended to be someone else."

He added: "This means so much to me because every time I dress up and pretend to be someone else, I try to do it really well."

Other British victories included Best Costumes for Dressing Up In, as well as a special award for Tilda Swinton, Europe's tallest woman.

It was a good night for international millionaires, with the award for Best Woman at Dressing Up going to a French person who won critical acclaim for pretending to be another French person.

Meanwhile a Spaniard won an award for having a psychotic haircut.