BRITAIN’S getting-up time has been altered to prevent the workforce from becoming too happy.

Ministers believe that forcing the populace to get up an hour earlier for no good reason stops everyone falling into complacency.

A government source said: “If the worker drones got too happy from rising at a humane time, they wouldn’t buy the shiny things to compensate for their despair and everything would fall apart.

“The trick is to let them have a tantalising taste of getting up in actual daylight, then alter time so that it’s effectively winter again.

“Confusion is an important mind control tool. It’s like going into someone’s house and moving all their cereal into a different kitchen cupboard.

“Sometimes we do that too, because we have all the power.”

29-year-old Tom Booker said: “I have to get up at seven for work, so this morning I have to get out of bed at six, which is now called seven. It’s not fucking seven though, is it?

“You’re got to just accept it though, like all the other horrible things they do to you.”

Man teaching his new phone how to swear 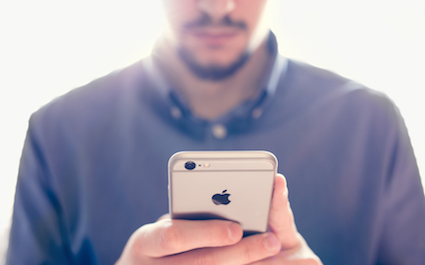 A MAN is teaching his new iPhone an extensive vocabulary of swear words.

Tom Booker, from Hatfield, stressed that teaching the phone’s autocorrect that you do not want to say ‘ducking’ means you can send a quick, accurate message the next time you are stuck in fucking traffic.

“Likewise, it’s best to teach your phone that you never mean ‘shiv’, that you always mean ‘arse’ and that ‘bastard’ is a great deal more common than ‘bastardised’.

“Though that one can be useful to the more advanced swearer. For example if your local boozer becomes a gastropub.”

Booker added: “When I type in the c-word, autocorrect does suggest ‘vintage vinyl’, which is interesting.”