ANGRY vegetarians ran amok in a branch of McDonalds when it failed to offer adequate meat-free and vegan menu choices.

Police were called to the Wigan restaurant after an intoxicated health-conscious mob began smashing furniture and exposing their genitals.

Onlooker Nikki Hollis said: “The atmosphere was raucous but good, until they ran out of those little bags of carrot sticks.

“Things turned ugly then. There was only one bag of apple pieces left, and two thickset men, one with sick on his shirt, started fighting over it.

“The bag split and the slices of fresh apple went on the floor. Everyone went mental, throwing punches and kicking, trying to get to the fruit.”

She added: “They were chanting something like, ‘veggie boys, we are here, shag your women, eat your vegetables’.”

“This prick behind the counter, he’s like ‘we’ve got salads left’. I was like fuck off mate, they’re deceptively high in salt and fat, plus most of them come with grilled chicken and I don’t eat meat unless it’s locally sourced.”

Logan’s vegan friend Nathan Muir said: “When you’re a vegan and you’ve skulled 18 pints of Stella, you want something fucking wholesome, like a five-bean salad from a fucking Soil Association-approved grower.

“And if you don’t get that, it’s going to fucking kick off.” 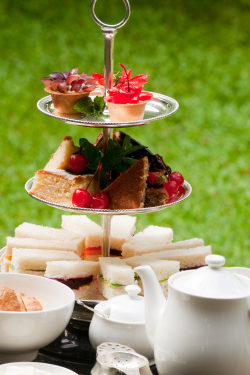 THE parties held by penis-wielding former premier Silvio Berlusconi have shocked Italy with their lack of imagination. They may as well have been having afternoon tea

As Berlusconi stands trial for breaking up to three of Italy’s 14 laws, young women have revealed details which have left middle-aged millionaires looking for decadence pointers deeply disappointed.

Wayne Hayes, a bloated and spiritually-empty property magnate, from Carlisle said “I’ve been reading the transcripts to look for new things to do with livestock or lemon curd to cause some flicker of sensation in the dead coals of my soul.

“But stripper nuns, hookers and drugs are the kind of things you’d find at your average regional sales conference at the start of your career, not from somebody running the country.”

Sexual deviancy has been written into the Italian constitution since the emperor Claudius followed Caligula’s four year stint of having sex with everything in Rome, including random concepts such as wistfulness and regret, with a period of unheard-of abstinence.

However, in his later years he finally lost his grip on power due to an increasing insistence on just having sex with lots and lots of women who were not his wife, as well as some dissatisfaction with the economy.

Hayes said: “Berlusconi has always been held up as the John Bonham of the lurid party world but this trial clearly shows he’s little more than a Ringo Starr of doing despicable things with his genitals. No more heroes.”