Frozen yoghurt shops clearly a front for something dodgy

SHOPS specialising in frozen yoghurt must be a cover for some form of criminal activity, it has been claimed.

‘Fro-yo’ outlets are inexplicably spreading across the UK, despite non-existent public demand for hard yoghurt.

A police spokesman said: “When’s the last time you were in town and thought ‘I really crave some frozen yoghurt’?

“Or you ate a room temperature yoghurt and thought ‘if only this were colder and harder’?”

“Upper class teenage girls seem to quite like the stuff, but there’s simply not enough of them to support a national frozen yoghurt network.

“So there’s something going on in their back rooms, probably crack dealing or trafficking of human body parts.” 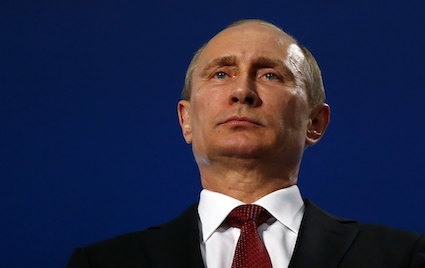 RUSSIA is to open a temporary ‘pop-up’ government in the Ukraine to test consumer demand.

The government, initially based in quirky newly-abandoned administrative buildings in Kharkiv, will give all Ukrainians the chance to see if they fancy a bit of oppressive autocratic rule laced with homoerotic iconography.

President Putin said: “All that invasion stuff is so pre-digital. These days the way to win hearts and minds is by creating a sense of exclusivity and seeding your ideology on Twitter.

Ordinary Ukrainians are invited to come along and look at the way Russia treats political disagreement, and the armaments it uses to do so.

If the pop-up is a hit, Putin doesn’t rule out launching a permanent government in east Ukraine.

He said: Come along and check it out, free artisan vodkas between midday and 2pm.