How Rishi Sunak's budget f**ks you over: A breakdown

WHETHER you’re a hard-working family, lazy and single or deservedly retired, yesterday’s spring statement is f**king you right over. Here’s how it breaks down.

Meaningless cut in fuel duty that doesn’t cover the rise in price since Monday will hit four-car families, one of which is a Range Rover Overfinch, hard.

Rises in energy bills much worse when you’re in a four-bedroom house with garden office. Nobody thinks about the cost of huge windows and high ceilings.

No change to punitive duty on cognac means hard-drinking, stressed-out senior managers will pay hundreds more on booze a year.

Families who believe the world revolves around their nice middle-classness will struggle with higher food bills and must continue pretending it’s fun visiting Lidl.

The stealth tax on student loans is unfair on your children Alice and Theodora, who are being punished for daring to aspire to six-figure graduate incomes.

No cut in duty on wine means families who work bloody hard actually will pay hundreds more on booze a year.

Households with vans parked outside who earn a living as electricians, delivery drivers or illegal fly-tippers will suffer from rising fuel costs.

Keeping a 70″ TV on all day, regardless of whether anyone is watching it, means a staggering rise in electricity bills.

No cut in duty on beer means couples who share eight cans to chill out every night will pay hundreds more on booze a year.

Keeping the suspension of the triple lock on state pensions leaves the retired unprotected against inflation, whether shuffling around M&S Food or going for a country drive at 25mph.

No cut in duty on gin and whiskey means hundreds more etcetera.

However huge cuts in living standards mean increased competition for begging pitches and tents under flyovers.

No cut in duty on white cider means hundreds more on booze a year.

A promised penny off income tax in two years when living standards are collapsing right now might be the last nail in the coffin of Mr Partygate, if he’s even prime minister by then. Or the idiots might still think he’s a good laugh who’s doing Brexit.

F**k everything, it's sunny, says public 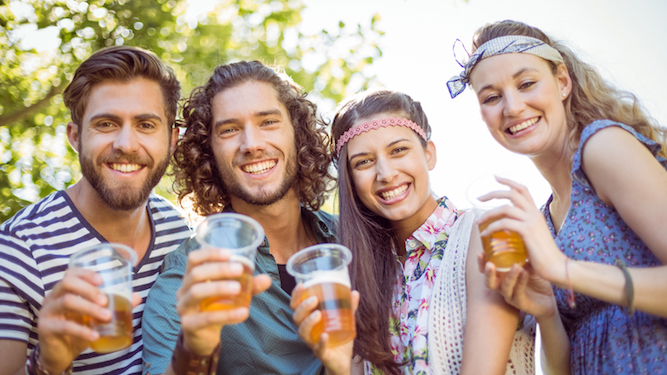 THE public has decided to ignore all social responsibilities and work commitments because it is sunny out, it has been confirmed.

As the sun continues to beat down, the people of Britain believe it means they must not to go to work and do things like getting drunk in a park instead.

Office worker James Bates said: “I was meant to be doing a big presentation today, but one look out the window and I thought ‘Nah, f**k that’. Nobody has any idea where I am and that’s cool.

“I should probably be worried I’m going to get fired. But it’s hard to care when you’re feeling tipsy and getting tanned and it isn’t even mid-afternoon yet. Everything will be fine, due to the solar radiation.”

Heart surgeon Norman Steele said: “I’ve got a bunch of supposedly life-saving operations to do today. But I’ve decided not to turn up and look at my nice pond instead. It’s sunny, you see.”

Mum-of-two Lauren Hewitt said: “On a normal day I’d be wasting my time doing the school run. But this isn’t a normal day, it’s sunny. In March.

“That’s why I’m driving myself to a lovely field with a hamper of sauvignon blanc in the passenger seat. I’ve left the kids a tenner and some crisps, which is perfectly good parenting when it’s sunny.”